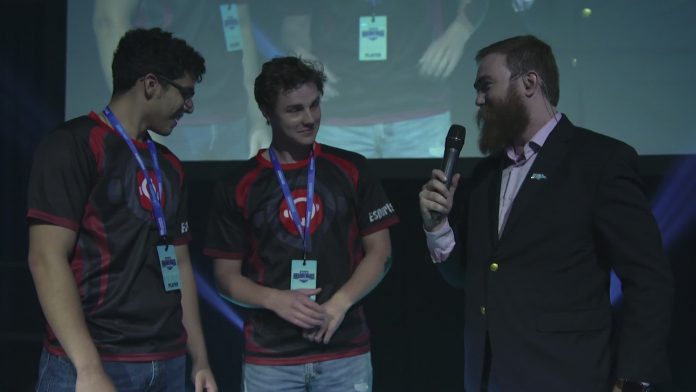 Fortnite is one of the most popular, if not the most popular, battle royale game at the moment. But that doesn’t mean things are going perfectly. For weeks, pro players have not been happy with the changes that Epic Games has made.

Many pro players have threatened to quit the game if things continue to get worse but two have actually carried out their promise by confirming that they are quitting. The duo, who had just won an event, was interviewed and they were asked about their future plans, including what was next for them in the game. Mister.Lemon & JACK0 made it very clear that Fortnite wasn’t in their future plans.

One of the players responded that they didn’t really the game that much. He explained that the game developer is messing around a little bit with the balancing. The interviewer was a little surprised with his response and then switched over to his partner, who also mentioned that they were done with the game. The players didn’t mention any games or what they plan to do in the future but they made it very clear with their responses that it has to do with the recent changes.

Their response is not super surprising since the competitive scene has been a bit disappointed by the recent changes. Many have called for the game to be brought back to what it was a few months ago. But Epic has remained firm so far, even explaining why the change was done.

The big change that Epic made a few weeks back had to do mostly with how the game rewarded players with some shield and health for an elimination. This was part of the game for a few weeks but players, especially those who often get many eliminations, welcomed the change.

Epic then decided to take the game back to what it was before, raising the material limit to 999 but removing the reward for each elimination. This change sparked controversy as pro players loved the idea and were quick to let the game developer know that this was not the way to go.

Epic recently explained why the change had to be made but many continue to call for it to be part of the game. The game developer does feature these settings on Arena Mode but that game mode is limited to Solo and Duos.

This is really the first time that we see pro players quit, especially after a victory. Fortnite continues to be extremely popular, despite the criticism from players wanting the settings back. But this shows that some players have had enough and are now looking at other options. The duo didn’t really confirm if it would continue competitive gaming but it appears that the decision was based on what Epic has done.

Season 9 is just around the corner so maybe Epic will think of something to keep both sides happy. For now, pro players have just the Arena Mode to keep practicing and getting the toughest competition.

What do you think about the changes that Epic has made? Which battle royale games are you currently playing? Let us know in the comments.