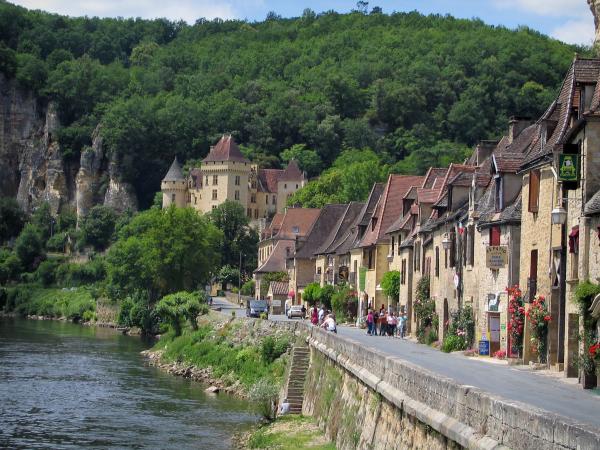 A couple who decided to start an online quiz instead of selling their home have been forced to stop their idea. The house, located in Dordogne, became the reward of an online quiz, which has an entry price of $14.

The contest was created by Christophe Demassougne and Brigitte, who decided that it would be a better idea to give away their home that way. They initially put their home for sale with local real estate agents but then planned the contest.

They have been given just a little over a week to show the multiple choice/guess quiz does not break the rules on games of chance on knowledge. The couple’s plan was to raise money with the $14 entry price for the contest. The house was going to be given away to the winner at the end of the year.

The couple will have to think of other ideas or decide to sell the house the normal way since it looks like their chances of keeping the contest are low. The couple have owned the house for the last 20 years but recently decided to sell it and then offer it through the contest.

The estimated value for the house is around 1.5 million euros. The house includes a tennis court, pool and exterior buildings. The house also has a whopping eight rooms. The idea came up when they got close to retirement.

Brigitte Demassougne told France Bleu Radio that she had thought of doing it this way whenever she decided to sell it. She explained that the legal fees are really high and that people can’t really afford to purchase these houses.

The couple’s plan was to raise around 2 million euros and then give away the house in December. They were planning to catch the attention of not just French citizens but also people from around the world. The contest was launched on April 1 and 20,000 people signed up by paying the entry price of $14, according to AFP.

The questions are based on local geography as well as the guessing of three objects. The winner of the quiz would be the one with the two right answers on the multiple choice and the closest estimates on the objects.

News of the contest quickly spread on social media and in the area. The online gaming regulator noticed the contest and decided to take action. The couple’s site has a notice saying that they have been given eight days to show their quiz is not a game of expertise and chance. A 2014 law bans all the games based on expertise.

The couple have already announced that they will give the money back if the contest is stopped. They plan to challenge the regulator but Ms. Demassougne spoke to the AFP and said that she was pessimistic about their chances of winning it.