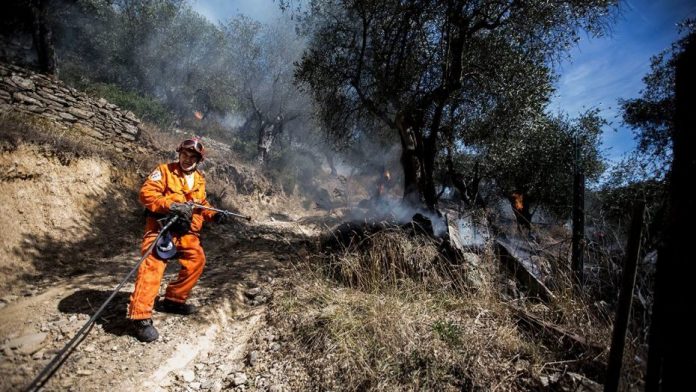 Two students have been ordered to pay 13 million euros each for causing a forest fire in the region of Como. The fire burned the forest between December and January. The students were accused of starting the fire shortly after it began burning the forest.

The students, who are both 22 years old, started a barbecue at the home located in the forest. The fire broke out on December 30 and firefighters spent days trying to control it. The fire was eventually controlled but not before leaving serious damage to the forest.

Italian media reported that one of the students had said they were being used as scapegoats for the incident. Authorities continued their investigation and calculated the damage left by the blaze.

La Stampa newspaper was the one who spoke to the student and he said he was sorry. He added that there were multiple sources of the fire. He told the newspaper that they immediately alerted the fire team and tried to put the flames out.

Authorities were not convinced about his story and how they were scapegoats. Prosecutors traced the damage of the fire back to the home, which belongs to a grandfather of one of the students. They determined that the fire was started by embers from the barbecue. The fire only grew larger with the dry conditions in the area.

Authorities accused the students and the property owner of being responsible for the large blaze. The fire burned during December and January, with several firefighters battling it across the region of Como.

The fire destroyed around 1,000 hectares of forest in the region. In 100 hectares, the damage was much more. Police used a formula from local laws to determine the bill that the students will have to pay.

A lawyer representing one of the students was not happy with the huge bill since it is something they cannot pay. The lawyer told La Stampa that any sentence should have a point. She went on to ask what the point of the sanction was since they know the two cannot pay.

La Stampa gave details on how the bill was calculated. The newspaper reported that regulation places a fine of 118 – 593 euros per square meter. The students were accused of causing damage to 6,840 square meters.

The prosecutor told local media that the sanction was imposed to push people to greater responsibility when it comes to protecting the environment. The problems for the students don’t end there as the huge bill may not be the only thing they have to pay.

Italian media reports that the students may also face actions from those who lost their homes and properties from the fire. It is unclear how many property owners are thinking about taking action over the large blaze. The students have not commented on the sentence.