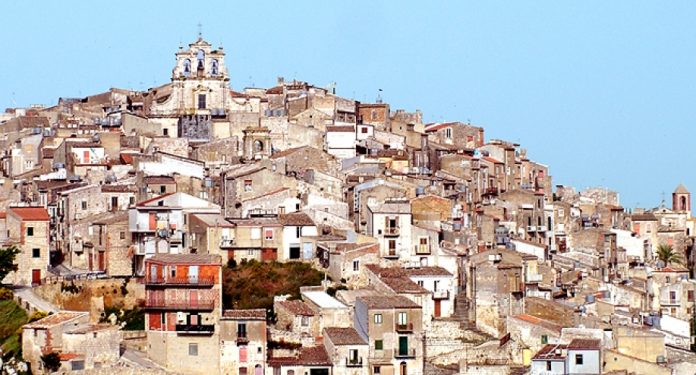 There is another town in Italy selling properties at very very low prices. The small town, which is located in Sicily, is selling abandoned properties for just one euro. Buyers do have to agree to one thing, renovating the property within three years.

Italy has several towns that are visited by tourists but have a hard time keeping residents. Mussomeli is one of the towns that is looking to increase its population with this offer. Mussomeli, which has a population of about 11,000 people, has seen a small drop in residents over the last 16 years.

Small towns across Italy have seen a similar decrease in population over the last few years. The one euro properties are not exactly a new thing, some towns have been offering them for a few years now.

Mussomeli happens to be one of the biggest towns that is part of the program, which has the goal of increasing the population in these areas. The local government is currently selling 100 abandoned properties but reports say that they plan to have 400 more in the near future.

The one euro properties are not in the best conditions. The majority of them need some serious renovations as they have been abandoned for a while. The government has been working on placing signs in front of the properties to let people know about the program and the offer for that building.

Greenwich Time reports that renovations are expected to cost around $7,500 per square foot. Notary and secretarial fees will also cost a few thousand dollars.

Mussomeli has a similar problem to the other towns that are part of the program. Many of their residents have left to more populated cities where there are more job opportunities or schools.

In early 2018, the town of Ollolai began selling homes at similar prices. The offers were announced over the large drops in population over the last few years. In the last 50 years, the town has seen its population decrease by nearly 50 percent.

Ollolai has seen its residents move to much bigger cities. The town joined the program last year, becoming one of the few that are doing anything they can to boost their populations. The mayor of the town said shortly after the announcement that three houses had been sold.

The offer of the town comes with the same agreement as the one from Mussomeli. Buyers have to renovate their homes, which are not in good condition since they have been abandoned for years. Buyers are given three years to renovate them.

Italy has also started giving historical buildings away for free. The only requirement for the new owners is to turn the buildings into tourist attractions. The program is looking to bring more tourism into these areas.

In 2017, the village of Bormida went viral after it was initially reported that there would be benefits for those who moved in. A $2,100 incentive as well as very low rent were said to be part of the rumored program. The village immediately got calls from people across the country.

The Facebook post that mentioned the offer also got thousands of responses from people wanting to move in. Its mayor later took Facebook to explain that it was all a proposal and that it had not been given the thumbs up yet. Bormida has a population of less than 500 people. During the 1950s, the village had a population of about 800 people.