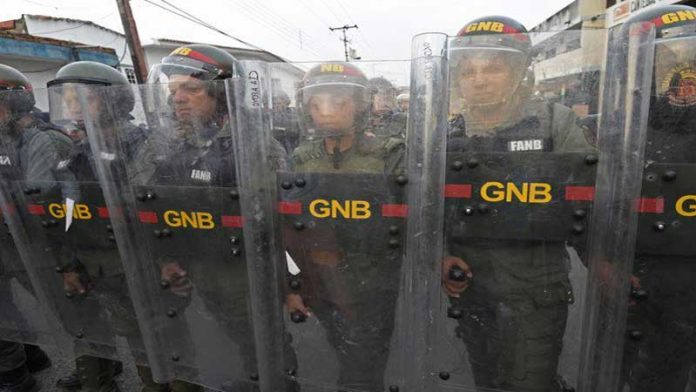 Members of the Venezuelan military are still deserting to Brazil and Colombia. This was confirmed by six military members who spoke to Reuters about what’s going on in the country.

In recent months, several members of the military have crossed to Colombia and Brazil to escape from the orders of Maduro and officials. Many of them were seen leaving the country during the attempt by interim president Juan Guaido to bring in humanitarian aid.

The number of military personnel deserting has not stopped, according to those who spoke with Reuters. They say they are refusing to repress the protests from those demanding for a change in government.

Five sergeants of the National Guard and a lieutenant said the majority of the military was deserting to Colombia. They decided to flee to Brazil, which has also taken in thousands of Venezuelans in recent weeks.

Hundreds fled during the humanitarian aid attempt in late February. Colombian immigration authorities now have the number of military members at around 1,400. The Brazilian Army confirmed that 60 have crossed into their country.

Protests by opposition supporters are usually dispersed by the National Guard. No incidents have happened recently but in previous years, several people have lost their lives while protesting. Many of the military personnel deserting no longer wanted to repress the protests.

The deserters say that high ranked military officials have their families living out of the country. They complain that these military officials have high salaries and large commissions from smuggling and other illegal activities. They complain that the lower ranks are the ones who are sent in to put an end to conflicts. All of this is done while they receive little pay.

PSUV officials deny that the number of military personnel deserting is high. One of them was ambassador to the UN, Samuel Moncada. He said during a security council meeting in February that the numbers had been exaggerated.

PSUV officials have also denied that there is a humanitarian crisis in the country. Some have even suggested that the pictures of Venezuelans walking across South American countries to reach a destination have been staged. Other officials have said the number of people leaving the country is normal.

One of the sergeants who fled to Brazil spoke to Reuters on why he made the decision. He explained that he could not provide for his two kids on a $12 monthly salary. The salary he was receiving is very low but it is even lower for the rest of the population since military personnel are usually the ones who receive the biggest increases and benefits. He added that he left because of the low pay and the bad orders from commanding officers.

Maduro continues to have support from high ranked military officials. The deserters say that they are earning well and are given high levels jobs so they do not turn against him. Some of them believe that Maduro would be removed from power if he decided to take away their high level jobs.

The desertions come at a time in which Juan Guaido and Maduro are battling for power. Guaido wants to see presidential elections while Maduro claims that he is the legitimate president.