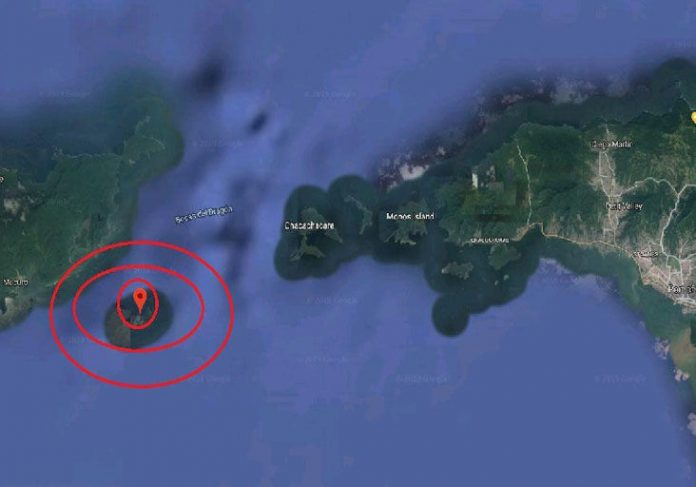 A boat heading to Trinidad with Venezuelan passengers has sunk, leaving authorities in a desperate rescue operation. More than 30 Venezuelans are now missing and authorities fear that they drowned.

The boat sank when it was attempting to reach Trinidad on the early hours of Wednesday. Authorities have identified the boat as fishing vessel Jhonnaly Jose, which began its journey from the port city of Guiria. The incident happened close to the Patos Island, which is located three miles away from the Venezuelan coast.

According to reports, the boat’s manifest recorded 25 passengers but it is believed that other passengers were not registered for the journey. Coast guards from the two countries have found a total of nine survivors so far. One of the survivors is the captain, who was found clinging onto an oil drum.

Authorities have revealed that most of the passengers on the fishing vessel were women. They have also released the names of the passengers that were confirmed to be traveling on the boat. The list has 23 confirmed names but it is believed that there may have been more on that boat.

The confirmed passengers are aged between 17 and 28. The group was likely escaping the really bad situation of the country, which has one of the highest inflation in the world. Millions of Venezuelans have fled the country, according to the UN and other organizations. But the incident is a rare one since most Venezuelans have not attempted to flee the country by boat.

Reports say the incident happened on a route commonly used by traffickers who are paid around $250 by migrants and refugees to get to Trinidad. These boats usually make their journeys at night to go undetected.

The UN and other organizations estimate that millions have left the country over the last four years. The numbers are expected to get higher since the situation is only getting worse. The majority have fled to Colombia and other South American nations but Trinidad has also seen hundreds of Venezuelans in recent years.

The government of Trinidad and the UN estimate that around 40,000 Venezuelans are now living in Trinidad. 10,000 are said to be registered as asylum-seekers with the UNHCR. Trinidad does not have employment rights for refugees. The government did announce recently that it would give out work permits to those in the country, including those who entered illegally. Venezuelans will be required to register in the first two weeks. One official revealed that Venezuelans will have to return to their country after the one year of work permit.

Venezuelans have other ways of traveling to the country, including ferries that travel there a few times a week. Many Venezuelans attempt to reach Trinidad illegally because they don’t have a passport. Obtaining a passport in the South American nation has become a problem since the agencies usually don’t have any material. People have also accused employees of charging high prices.

In January 2018, four Venezuelans lost their lives when a boat filled with migrants sank on its way to Curacao. The two men in charge of the boat reached the shore and were detained by authorities.

An opposition lawmaker said at the time that the boat was carrying about 30 people and that each passenger had paid close to $100. The lawmaker confirmed that all the passengers were under the age of 35.