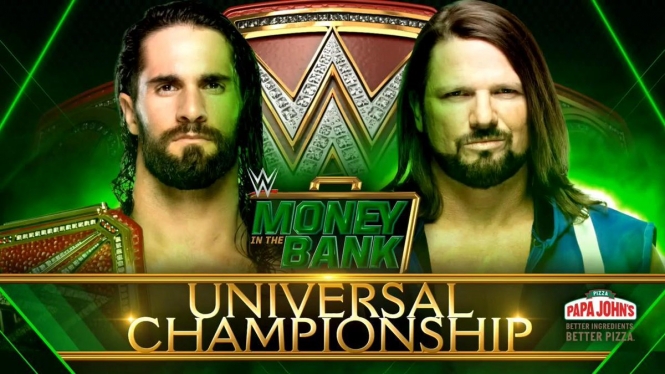 Becky Lynch has two matches at the event since she holds the WWE Raw and SmackDown Women’s Championships. One of the matches is against Charlotte, an opponent she has faced several times in the past. The two were actually part of the triple threat match for the two championships at WrestleMania 35.

Becky Lynch will also have to defend her WWE Raw Women’s Championship against Lacey Evans. Becky Lynch’s feud with Evans began after she started attacking her after and during her matches. Lacey Evans has not made her main roster debut but has been making appearances to catch the attention of Becky.

Money in the Bank men’s match

The MITB men’s match will likely feature several superstars. It is unclear if WWE will hold some sort of qualifiers or if the superstars will be chosen by them. A poster recently tweeted by the XL Center, where the event will take place, shows several superstars, including Daniel Bryan, Randy Orton and even last year’s winner Braun Strowman.

Money in the Bank women’s match

The Money in the Bank women’s match does not have any confirmed superstars just yet. But there are reports out there mentioning that the match will include names such as Natalya, Ember Moon and Sasha Banks. The poster tweeted by the XL Center has superstars such as Natalya, Bayley, Naomi and Asuka. Reports have recently revealed that Sasha is unhappy with the company but it has also been reported that she will return for this match and that this could lead to something bigger in the near future.

Earlier this month, WWE Chairman Vince McMahon introduced Elias, who was brought to the ring as part of the biggest acquisition of SmackDown announcement. That segment was interrupted by Roman Reigns, who also joined the blue roster. Reigns would go on to attack Elias and Superman punch Vince. The following episode, Shane challenged Reigns to a fight but the whole thing ended up being a set up, with Elias attacking him from behind. Elias later challenged Reigns to a match at MITB and he accepted.

Seth Rollins won the WWE Universal Championship at WrestleMania 35 but his first title defense will come against another tough opponent, AJ Styles. The Phenomenal One was drafted to WWE Raw and put in a qualifying match against Samoa Joe and Rey Mysterio. He won that match and advanced to the final against Baron Corbin, who defeated Drew McIntyre and The Miz. AJ Styles then defeated Corbin to earn a spot in the title match.

The next episode of WWE Raw will take place later tonight so there will likely be some information on the MITB matches. WWE SmackDown is tomorrow so there could be one or two more matches added from these two episodes.

What do you think about the current match card? Give us your predictions in the comments section.