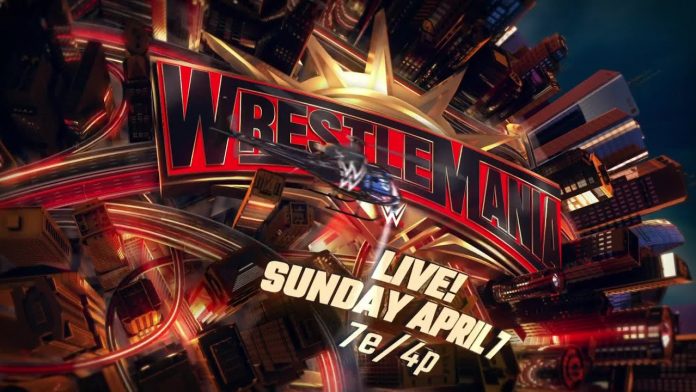 I believe Asuka will win this match after losing the title just weeks before the big event. Mandy Rose is also another name that might surprise people and take this match.

This battle royal has a lot of big names, including Jeff Hardy, Matt Hardy, EC3, Ali, Andrade and Braun Strowman. I think the favorite here is Braun Strowman, who once again is without a title match at WM. I think he’ll win but it would also be good to see Ali or Andrade win it.

Buddy Murphy has been champion for a while now and I think Tony Nese will be the next WWE Cruiserweight Champion.

The Revival vs. Curt Hawkins and Zack Ryder

Curt Hawkins and Zack Ryder are back as a tag team but I don’t see them doing much here. Hawkins is carrying a long losing streak so a win would make a good WM moment. But I think The Revival will win.

Batista got his match with Triple H after attacking Ric Flair before his birthday celebration. Triple H and Batista faced each other at WM 21, where Batista won the World Heavyweight title. I think Batista wins again.

AJ Styles vs. Randy Orton is a very interesting match and one that could go either way. I have to pick a winner and I think that will be AJ Styles.

Angle vs. Corbin isn’t the match that fans wanted and we’ll have to wait and see if the rumors about a Corbin replacement are true. If this match does happen, I think Angle will leave with the victory.

Samoa Joe will be going up against Mysterio in a match that had little build. I see Samoa Joe retaining the US Championship at WM 35.

I just don’t see McIntyre winning this match, despite his great performances and attacks against The Shield in recent months.

Finn Balor is bringing his Demon character to WM. I read somewhere that he is undefeated as The Demon and I believe that will continue. 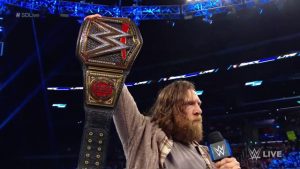 I believe Kofi will win after everything he’s been through with the gauntlet matches and the obstacles that Vince set throughout. I wouldn’t be surprised if there’s some interference by The New Day as well as Erick Rowan.

Shane McMahon vs. The Miz

Shane McMahon has lost his recent WM matches and I think that continues against The Miz.

Seth Rollins has a tough task against Brock Lesnar, who hasn’t really lost many matches since returning to WWE. I think Rollins will somehow win this match.

This is a tough one to predict as they are all great candidates for the double championship. I believe Becky Lynch will win this one after all she’s been through with the arrest, the match replacement and her feud with the two.

Banks and Bayley vs. The IIconics vs. Tamina and Nia Jax vs. Natalya and Beth Phoenix

I see a lot about The IIconics on WWE’s social media accounts, especially on Instagram. This makes me think that they will be the winners.

The Usos vs. The Bar vs. Nakamura and Rusev vs. Black and Ricochet

I think The Usos will retain but I wouldn’t be surprised if Aleister Black and Ricochet win tag titles in the near future since they have recently received some opportunities.