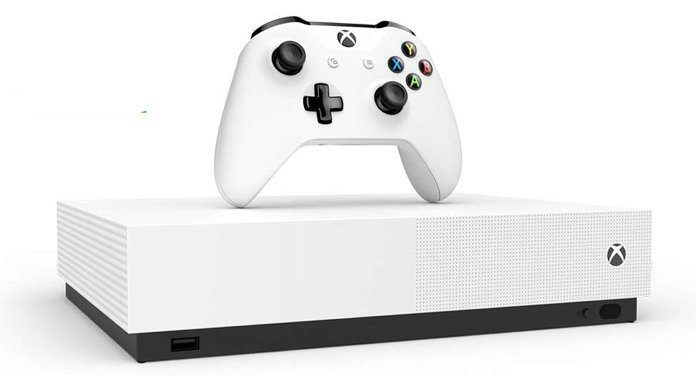 Just a few days back, Microsoft dropped the news that it was releasing a new Xbox One console that is a bit different from the rest. The console doesn’t come with major improvements over previous releases, it instead leaves out something that’s been a must for consoles in the past. Here is everything you need to know about the Xbox One S All-Digital Edition:

This new model joins the Xbox One X and the original Xbox One S. There isn’t major differences on the design but those who own one will immediately notice that the new model lacks a Blu-Ray drive.

The lack of Blu-Ray drive appears to be the testing of an idea that’s been rumored for quite some time. Over the last few years, there have been rumors that future consoles will be all about digital.

The PS4 and Xbox One have continued featuring a disc drive, which gives us the option to go buy the physical game at a store or simply download it from the store. Microsoft appears to be seriously interested in the idea since this is the first time we see something like this from the company.

Sony appears to be taking a different approach to digital, especially after the comments from lead system architect Mark Cerny, who recently gave out some interesting details about the PS5. The Sony official confirmed that the upcoming console will still play discs.

This is great news for people who simply don’t have a great internet to download games in minutes or just a few hours. Digital only consoles have been rumored for a while now but Microsoft is really the only one testing this idea at the moment.

The new model of the Xbox One S does not play physical discs. The lack of disc drive puts the price down at $249, which isn’t bad if you just download games from the store. The console isn’t available in stores yet. Microsoft has announced that it will be released on May 7.

Those who buy this console will be saving $50 over the original Xbox One S. The console, which comes with a 1TB HDD, is also bundled with several popular video games. Those games are: Sea of Thieves, Forza Horizon 3 and Minecraft. The three games are digital versions included in the box.

The next consoles appear to be close to a launch but Microsoft is wasting no time in seeing if a digital only console can be a success.

What do you think about this new Xbox One S model? Are you planning to purchase one? Do you download games from the stores or do you prefer physical discs? Let us know in the comments.