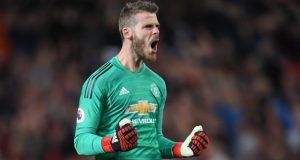 as the club sank all the way to sixth place. There will be no Champions League next season for the club so the management is expected to make several changes to get back into the EPL and UCL race. Here are five stars who could be on their way out:

Anthony Martial had ten goals and two assists in 27 Premier League matches this season. But that hasn’t saved him from appearing in transfer rumors. The French forward has reportedly been criticized for his recent form as well as his bad attitude. Previous reports mentioned that former manager Jose Mourinho wanted him sold when he was there.

Martial joined Manchester United on a four-year deal back in 2015. Before his signing, the club had made moves for Depay, Schweinsteiger, Romero, Darmian and Schneiderlin. Only three of those signings are still with the club.

Alexis Sanchez had a great time at Arsenal but it’s been a different story with Manchester United. The Chilean superstar has struggled and also missed some time this season with injuries. Sanchez picked up just one goal and three assists during his 20 Premier League matches. Juventus and Arsenal are among the teams rumored to be interested in Sanchez.

Reports say he will make a decision after the Copa America, where he will be looking to become a three time champion with his national team Chile.

In August 2016, Paul Pogba returned to Manchester United after a world record transfer with Italian club Juventus. The French midfielder has had some success since that transfer, winning the 2018 World Cup. But it has been a different story for his club, Manchester United. The team has struggled in the league and other European competitions. This season, it was even worse as the club went on a bad losing streak and dropped all the way to sixth in the standings, barely enough for a Europa League spot.

Romelu Lukaku signed with the club two years ago but the star striker could be on his way out following the interest shown by Inter Milan. The Italian club has reportedly offered Perisic plus cash for the striker.

It seems like David de Gea is on his way out every season. The star goalkeeper has been linked with several clubs since he made his move to United a while back. For years, Real Madrid have appeared at the top of the transfer rumors when it comes to De Gea but reports have recently revealed that PSG are also interested. Madrid has Courtois and Navas so PSG could be a serious candidate for the goalkeeper.

Spanish midfielder Ander Herrera is not on this list since he has already confirmed that he is leaving the club. Herrera joined United back in 2014 and made lots of appearances as a starter. He has agreed to join PSG on a four-year deal when he becomes a free transfer this summer.