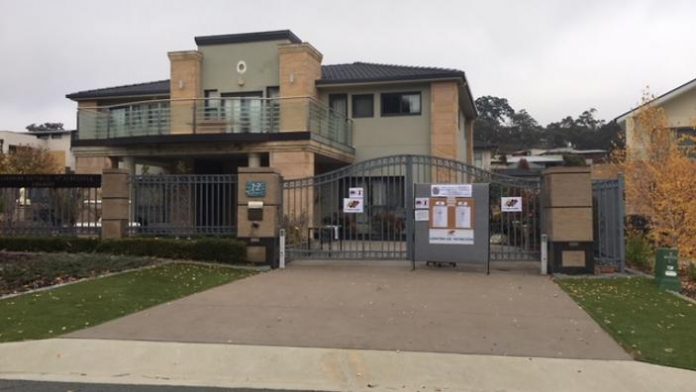 A Canberra family has decided to take Venezuela to court over unpaid rent money. The family alleges that the country owes them thousands for the properties they rented from them.

The Rosa family says the country used the two properties, located in O’Malley, as embassy. They say the South American nation owes them $50,000. Reports say Venezuela sought to have the claim dismissed but the court ruled that it will continue.

In the first documents submitted by the family, they ask for a hearing and claim that the South American nation began falling behind on the payments in 2017. The country continued to be behind in the payments and later decided to vacate the properties.

In September 2017, one of the properties was in the news when its landlord decided to block the entrance using a vehicle. This led to an incident between the landlord and one of Venezuela’s top cross country skiers. The skier punched the landlord and he fled the scene. He was arrested shortly after but was released on a good behavior order, according to ABC.

Court documents said the landlord had leased the property to the country for the past 18 years. The skier and landlord reportedly argued about his decision to block the entrance. The skier later told authorities that he felt that the man had disrespected his country.

Venezuela is currently going through an economic crisis that has left the country with record levels of hyperinflation and shortages. In recent years, the country has missed all types of payments, including embassies and other properties used around the world. The country is also in the middle of a political crisis, with Guaido and Maduro battling for power.

Juan Guaido, who is Venezuela’s interim president, is looking to have presidential elections with a new electoral council while Maduro has repeatedly said he will remain in power since he was the winner of an election last year.

The properties in Canberra are not the only ones that have been vacated over missed payments. Just a few days ago, Venezuela’s ambassador to Italy decided to resign over financial difficulties.

Ambassador Isaias Rodriguez wrote a letter to Nicolas Maduro explaining that his decision came over the sanctions that the US had imposed against them. He added that the sanctions made his job impossible.

Prior to that letter, the ambassador said during a press conference in Rome that the sanctions had left them with nothing. He revealed that they no longer had money to pay for the salaries and the rent of the office. The debt of the country is much higher in Italy, with reports recently revealing that it is around nine million euros.

In the last two years, the US government has imposed sanctions against officials and state companies. The sanctions freeze assets and prevent any US companies from doing business with the South American nation. The US has also pressured others into ending the purchase of oil from Venezuela. One of them was India’s largest private oil company, which announced the end of its purchases from the South American nation until the sanctions are lifted.

Venezuela’s ambassador to Italy also explained that the sanctions had left him without money. He explained that his wife was forced to sell the clothes she had received from her previous husband to survive. He is also trying to sell his car since he does not have any money and can’t have anything in banks since the sanctions prevent him from having a bank account.