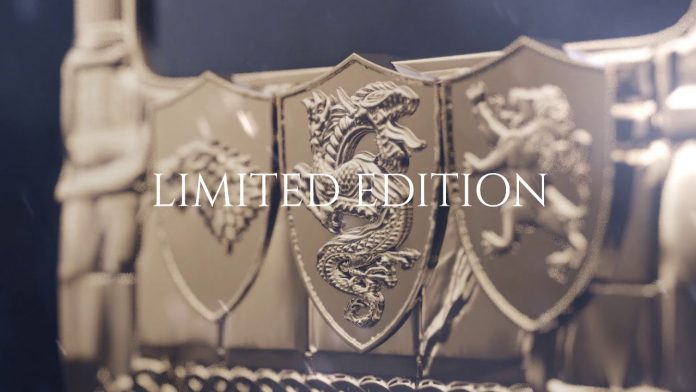 Samsung’s Galaxy Fold ran into some problems before its big launch but this hasn’t stopped Russian company Caviar from making a super expensive Game of Thrones edition of the foldable device.

Caviar, which is a company that is all about making luxury accessories, has turned the Galaxy Fold into a Game of Thrones book. The phone’s design is inspired by ”The Winds of Winter” book, which has not been released by George RR Martin. The book has not been completed but the company has made a cool design for those who are fans of the show and have lots of money to spend on a new phone.

The design of the Game of Thrones edition Galaxy Fold is quite impressive. The body of the foldable device has been turned into a book cover. The corners and outer parts have been given a nice sculptured design.

The front of the device has the map of the Seven Kingdoms while the other side has the name of the book and its author, George RR Martin. The map featured in the front is really detailed, displaying many of the names and geography. The map is surrounded by a gold theme design with dragons as well as some of the buildings seen on the show.

The side with the names is also quite detailed, the bottom features three of the most popular banners of the show, including the Starks and Lannisters. This customized edition is very impressive but you’ll need to prepare your wallet if you think this is a must buy.

The regular Samsung Galaxy Fold is already expensive at $1,980 but that’s almost nothing compared to Caviar’s price. Its GoT edition of the Galaxy Fold has a price of $8,180. Caviar is also offering at least two other versions that are not Game of Thrones related, one being a leather design. The two other versions don’t have a price tag just yet.

The Galaxy Fold was delayed a few weeks back so the phone is not available for sale just yet. Those interested can pre-order the device, which does not have an exact release date at the moment. Oh and there are just seven units available, making this device extremely rare.

The Galaxy Fold was initially going to be launched on April 26 but its debut was delayed following reports that the technology was having some issues. The reports came from early reviewers, who had the chance to test out the device before it hit stores. The issues forced the company to cancel the launch and conduct more tests.

It is believed that the company will announce a new release date in the near future. A purchase from Caviar is quite a risk due to the Galaxy Fold issues but we can’t deny that the company has done an amazing job with this design. They are probably the first company to come up with such an impressive design for the Galaxy Fold, which will be Samsung’s first foldable device.

Game of Thrones has a lot expensive items that fans can collect but this is easily one of the priciest so far.

Are you getting a Galaxy Fold? What do you think about foldable phones? Let us know in the comments.