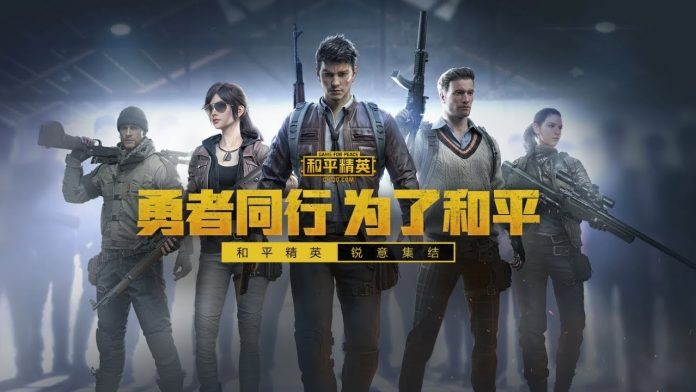 Tencent has decided to scrap the launch of PUBG in China after not getting the approval from the government. PUBG, which is developed by South Korean video game company Bluehole, is licensed by Tencent. The internet giant was even testing a mobile app version of the game in China.

The popular video game has been shut down in the country but there is a patriotic alternative. The company said through Weibo that players could download Force For Peace instead. That game has the approval and reports say that it is similar but removes some of the violence. The game also has socialist themes.

Game for Peace is nearly the same, according to experts. Game analyst Cui Chenyu told Reuters that it is almost exactly the same, with the background, gameplay, characters and graphic design being similar.

Game for Peace is available for all battle royale players in the country. The game will even allow to transfer the ranking and items from PUBG Mobile, the game that did not get the approval in China.

TechCrunch reports that Game for Peace is the type of game that meets the requirements that the Chinese government has put in place. According to the tech site, the game is similar to PUBG but it leaves some things out. The game has no dead bodies and there is a nationalist theme.

PUBG is one of the most popular battle royale games around the world. The game has been so popular that the company has brought a mobile version for smartphones and tablets. PUBG Mobile is available in many countries but it was shut down in China since it couldn’t get the approval.

Tencent was testing the mobile version in the country but the company never got the approval to offer in-app purchases. This was a big problem for the company since most battle royale games earn money that way. Without the approval, the company couldn’t make any money from the game.

Popular battle royale titles such as Fortnite and Apex Legends can be downloaded for free but they offer tons of cosmetics that can be bought using the in-game currency that is purchased with real money. This system has worked out for the battle royale games but it couldn’t be done in China.

PUBG was initially released in early 2017 and quickly became one of the most played battle royale games. The game’s only objective is to survive the other opponents that are dropped into a gigantic map that closes with time. PUBG’s success later led to a PUBG Mobile release, which is designed to run on less powerful devices such as tablets and phones.

Recent Bans In India and Iraq

In the last three months, PUBG has ran into several bans in other countries. Back in March, it was reported that authorities in India had arrested several students for playing the game. The game had recently been banned in some states but the students continued playing the game.

Last month, Iraq decided to ban Fortnite and PUBG. The decision came just days after it was reported that officials were discussing a ban for the two battle royale games. The games were banned for having negative effects on health, society and culture.

Just a few days ago, reports also revealed that a UAE official had called for a ban on PUBG. The official explained that the request was made over the complaints that parents had made. A decision has not been made by the government.