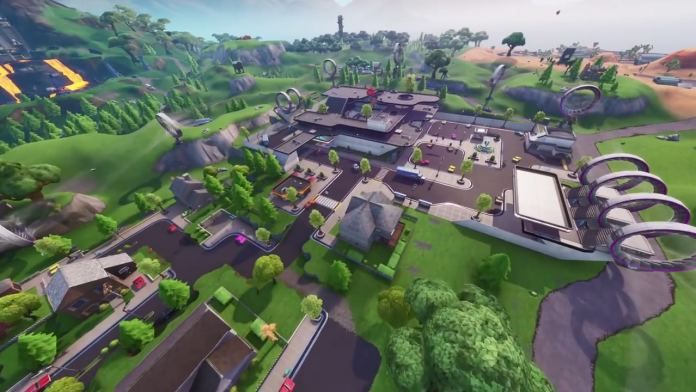 Epic Games constantly releases updates for its battle royale game Fortnite. The updates usually go well but there are a few times where they run into problems with the challenges or unlockables offered in the game.

The popular battle royale game has just launched Season 9, which brings a major update to the game. Many players are now playing the new season but some have encountered a few problems related to the skins offered last season.

The problem being reported by some players has to do with the Blackheart and Hybrid skins, which were available through the Season 8 Battle Pass. The skins were released early in the Battle Pass but they have different variants to unlock by completing certain tasks.

The issue does not affect gameplay, it simply stops counting the stats towards the required tasks to unlock the variants. The official Fortnite Twitter account posted hours ago saying that they were investigating an issue with the challenges having to do with the skins. The tweet mentioned that the issue is the previous Battle Pass no longer displaying the challenges in the challenges section.

The tweet was followed with a response saying that a fix had been released to prevent it from happening to other players. 30 minutes later, the Twitter account posted an update, revealing that a full fix for affected players will be coming with the v9.01 update. The tweet adds that the fix will provide compensation for any challenges completed before and also a bonus.

Epic Games did not reveal when the update will be released. It is also unknown what the bonus and compensation will be for the affected players. Some players are wondering on social media if the compensation will be for all but from the posts, it appears that it will only involve affected players. We’ll know for sure when that update drops. Fortnite is constantly being updated so it probably won’t be long before v9.01 is available.

This is the second time in recent days that Epic announces a compensation for affected players. Last Saturday, the game held the Unvaulting event to determine the vaulted weapon or item that would come back. There was also a cool moment where the volcano erupted and pretty much erased Tilted Towers and Retail Row. But some players had issues with the event and Epic released a post saying that there would be a compensation for those who were in or tried to be part of the event.

The compensation for that issue is the Arcana Glider, which is purple rarity and has a cost of 1,200 V-Bucks. Players will receive the glider for free due to the issues from last week’s event.

Season 9 of Fortnite was launched during the early hours of Wednesday. The update has a size of 3.332 GB on the PlayStation 4. The update brings a ton of changes to the game, including Retail Row and Tilted Towers, which now look much different. Grenades have been brought back to the game while poison dart traps, buried treasure maps, scoped revolvers, suppressed assault, balloons, thermal rifles and clingers have all been vaulted. The biggest change of the update appears to be the vault of the popular pump shotgun, which was available in blue and green rarity. The weapon has been replaced by the Combat Shotgun, which can be found in blue, purple and gold rarities. The weapon shoots faster and holds more shells but it does less damage.