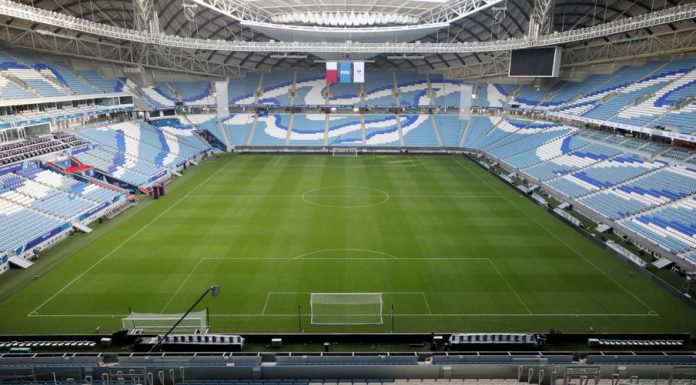 FIFA has decided to end its plans for a much bigger World Cup in 2022. That edition, which has Qatar as host, will feature 32 teams but FIFA President Gianni Infantino had expressed interest in making it a much larger tournament.

FIFA’s President first brought up the idea last year and it returned again this year. The idea, which would have added 16 more teams to the tournament, would have actually been just an early expansion. Back in early 2017, FIFA approved an expansion but that was agreed for the 2026 edition.

Qatar has been preparing for the tournament for years but the possibility of a co-host was there since last year. At the time, it was reported that the idea would face some difficulties since the country has a diplomatic dispute with some of its neighbors.

The host of the 2022 edition recently opened a new stadium that will be part of the tournament. Qatar has mostly prepared for a 32 team tournament but FIFA’s President was interested in the idea since it would have likely involved another host.

The 2026 edition was agreed to be the start of the expansion, which will change the qualifiers and the group stage of the tournament. FIFA said that after a thorough and comprehensive consultation process the change could not be made. It was initially believed that the early expansion would be discussed by FIFA during a summit next month.

The football organization even explored the possibility of Qatar hosting the expanded tournament by itself. The country has made several preparations and two of its stadiums are ready but FIFA decided not to. Qatar was chosen as host of the 2022 tournament in 2010 but the expansion would have changed things since the country has been preparing for the usual tournament, which features 32 teams in eight groups of four national teams.

Qatar’s World Cup organizers released a statement talking about FIFA’s decision. The statement explains that the country had always been open to the idea of a 48-team tournament.

The early expansion was facing several problems from the start. First, Qatar has a diplomatic dispute with several countries. Second, the expansion would have meant a big change to the upcoming World Cup qualifiers. All regions are guaranteed a number of spots and a playoff for one of the teams, so FIFA would have needed to make changes to that. Third, the co-host would have had to rush its preparations to be ready for the tournament, which is three years away.

The expansion now remains for the 2026 edition, which will be hosted by three countries, US, Canada and Mexico. FIFA has already confirmed that this edition will feature several changes to the group stage. One of the big changes is that the groups will now be of three, which means that there will be 16 instead of the eight groups of four.

The US, Canada and Mexico have already agreed to the number of matches that each will host for the 2026 tournament. The early expansion would have brought the first co-hosted World Cup since 2002, which took place in Japan and South Korea.