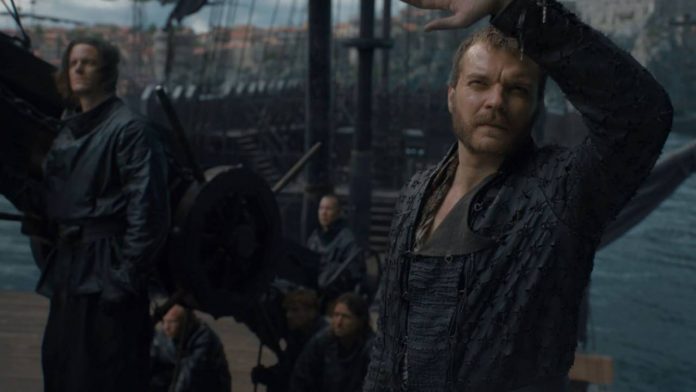 Spoilers ahead so come back when you have watched Episode 5 of Season 8.

Episode 5 of Game of Thrones Season 8 aired yesterday, putting us closer to the finale. The episode was chaotic, with the battle beginning just a few minutes in. The episode was far from perfect though, leaving many questions on battle tactics, decisions and even Drogon. Here are the biggest problems with last night’s episode The Bells:

The Iron Fleet and Euron were very successful in episode 4, quickly taking out one of two dragons that Dany had. But in episode 5, they were a failure from the very beginning. Euron and his crew could not get a single Scorpion to land on Drogon, despite having many ships lined up like in episode 4. Drogon ended the fleet in a matter of seconds and Euron was forced to take a swim almost right away.

Drogon was a much different version in episode 5. Dany’s remaining dragon was seen during episode three but he didn’t make much of a difference as the Night King and his group was able to breach the walls and nearly accomplish his mission. Drogon of episode five was a much more destructive dragon, launching flames that burned the entire Iron Fleet and sections of King’s Landing. We got to see the destruction early on when Cersei watched from a distance. We all know that the dragons are extremely powerful but this was a much different display than we were used to seeing.

Cersei and Jaime Lannister died in the episode but their deaths were nothing impressive. Cersei, who was the show’s biggest villain, was killed by the collapse of the cave along with her brother. They couldn’t have Arya or someone else looking for revenge eliminate Cersei? Some of us even thought Jaime was going back to eliminate her but we were wrong. At least The Hound and The Mountain ended their feud with an interesting battle as the place collapsed.

Dany’s army entered the city with no problems but it still makes no sense that there are Dothraki and Unsullied running around. The Dothraki were wiped out in episode three and the Unsullied followed when covering the retreat. During the episode, there were several Dothraki taking people out. Grey Worm, who was believed to be the remaining Unsullied, was accompanied by many of them during the episode.

Dany heard the bells but this seemed to have only angered her even more. The bell rung to confirm that the city had surrendered but instead she went all out. It almost seemed like it came out of nowhere. The moment when she is watching the Red Keep is where it suddenly starts. There is really no explanation for this, I think there should have been something done to provoke her anger even more. Maybe launch a few hidden scorpions that end up missing or have Cersei taunt her, I don’t know just something to give her a small reason.

You’re telling me that there is a giant bay and two of the main characters are going to run into each other at the same time. I don’t mind the battle but this makes no sense, especially with Euron nearly losing his life after jumping from his ship. He also appears to be a great swimmer since it took him right around the same time as Jaime, who was walking and has knowledge of the entire place, to reach the same path.

What did you think of the episode? Let us know in the comments.