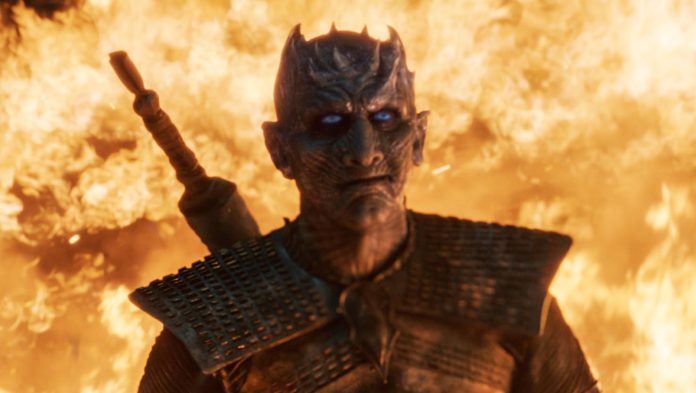 Game of Thrones Season 8, Episode 4 is just a few days away but HBO has already dropped a short preview of what’s to come. The preview and everything here has spoilers so you should go watch episode three before reading the rest and watching the video.

The preview is just 40 seconds long but it gives us a nice indication on where the next few episodes are going. The preview picks up with a shot of Winterfell after the battle but it cuts to Cersei and Euron, who are watching the army prepare or hold some sort of event.

The video then continues with the preparations for war at Winterfell. We see the remaining characters and Daenerys giving out a speech about winning the next war. We see one of the dragons and what appears to be a ceremony for those who lost their lives. In that shot, we get to see Ghost standing with the crowd.

The last 20 seconds show mostly Euron, Cersei and Daenerys, who are all preparing for war at this point. The video ends with what appears to be Euron and Cersei looking at their opponents from a distance.

Episode 3 was a huge battle from start to finish and while many of the major characters remain, the story seems to be headed towards Cersei and her plans to take over. Daenerys, Jon and their group are much smaller but they know that Cersei won’t be playing around in her search for power.

The Night King’s storyline appears to be over at this point, which is a bit disappointing after all the buildup he had throughout the seasons. He was gone from the show in just an hour after looking like he would have no match.

There are three episodes left so I believe the next one will focus on the preparations of what’s to come. We also see during the preview that there might be some sort of ceremony for those who lost their lives in the battle.

Cersei appears to be the final boss at this point since the biggest threat, the Night King, is now gone. She appears to be ready and confident after deciding not to help at Winterfell, where Daenerys lost most of her armies, especially the Dothraki, who appear to be 99.9 percent gone after they were wiped out in the beginning of the battle.

The Unsullied have Grey Worm, who somehow made it out during a retreat that left his army dead. Major characters such as Brienne, Jaime, Jon Snow, Tyrion and Sansa are all alive, despite having moments in which we thought they were done.

Episode 3 was good but the lack of major character deaths leave us with many of questions on where this will go. Many fans expected this to be the episode where only a few would remain to fight Cersei or the Night King if he made it out.

It will be interesting to see where the last three episodes go since the previous one only gave us a few deaths of minor characters and the Night King, who was so close to completing his mission before Arya came out of nowhere.

What did you think of episode three? Were you disappointed by what happened? Let us know in the comments.