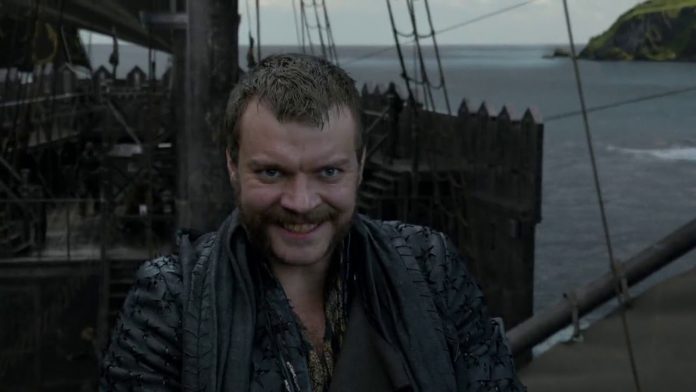 The preview begins with Tyrion walking in to talk to Daenerys. The shot focuses on Tyrion’s face and his expression makes us believe that there is something wrong with Daenerys, who is watching the sea when he comes in.

The preview then turns to Cersei who is watching her city from the balcony. In the distance, you can see the large crossbows surrounding the area. We then see Tyrion, Jon Snow, Davos and the army standing outside. The strange thing about this scene is that Cersei’s army is standing outside the walls.

The video then shows a quick view of Euron’s fleet, which has caused some serious damage since he arrived to the show a few seasons ago. The preview then focuses on him preparing for the battle. We then get a look at Daenerys in Dragonstone and another look of confusion by Tyrion.

The preview turns once again to Kings Landing, where the army is seen marching out. There is a mysterious character behind the group of soldiers and we have no idea who it is. Is it Jaime Lannister? Is it another person they captured along with Missandei?

The video then focuses on Grey Worm, who appears to be very ready after what he just witnessed. There is also a number of Unsullied standing behind him, which is strange since the last episode gave us the idea that the Dothraki and Unsullied had been completely wiped out.

Cersei is then seen watching from the balcony with the shot then turning to soldiers who are loading the giant crossbow in what appears to be the wall. The preview ends with a quick shot to the sky and Euron putting his hands in his face to see what’s coming.

The preview is kind of hinting that Daenerys is not happy with what has happened in recent episodes, especially the last one where she lost her friend and one of the dragons. We all think this might change how Daenerys thinks and go with a different approach. Since the start of the series, Daenerys has been all about saving and freeing people. But these events might change how she acts.

A big question moving forward is how things will go between Jon and Daenerys. They both have a claim to the throne now that it has all been revealed. Some believe that Dany shouldn’t be the ruler. Lord Varys appears to have a different take on the whole thing and he could have a major impact on what happens next.