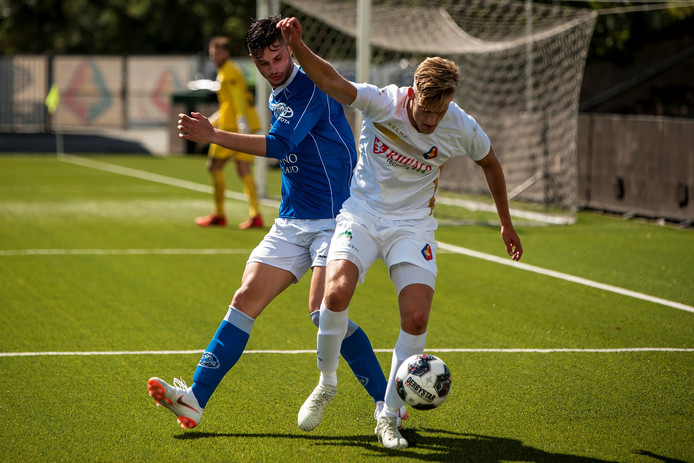 Dutch footballer Jordie van der Laan got the opportunity to go to the first game of the Ajax – Tottenham Champions League semi-final when he received a ticket from a friend. But the decision to attend the game has cost him a spot on his team.

Van der Laan, a striker for the Telstar club, got the ticket and decided to travel to London for the game. He told the BBC that he called in sick and that of course it wasn’t the best decision.

The player attended the game but he was spotted, confirming to the club that he wasn’t sick. The club decided to terminate his contract after confirming what he had done to attend the game between Tottenham and Ajax.

Technical director Piet Buter told a local newspaper that he tricked them and that he was away from the club for a total of four days. The club requested for him to visit their doctor but he responded by saying that he had another appointment. The following day, he told the club that he was in bed with a fever.

He wasn’t sick, he was actually in London for the game. No one knew that he was in the city but his whole plan was ruined when his face appeared during the coverage of the match, which ended with a 1 – 0 result for Ajax.

He was quoted as saying by the Volkskrant newspaper that the group chat of his team exploded when they found out what he had done.

The club’s manager wasn’t so happy with his decision but he knew that there was something wrong. He had called him to visit him but the player told him that he was on his way to see the game.

Van der Laan said the season was over for him since he had not really seen playing time. They had a match but Van der Laan thought his chances of playing were low. His contract was terminated with one game to go in the season.

Ajax won the match 1 – 0, setting up a must watch second game. The club was one of the surprises of the tournament, eliminating the current champion Real Madrid and Juventus, which was a heavy favorite after the signing of Ronaldo.

Ajax lost the second match earlier today after a crazy finish. The game ended 3 – 3 but Tottenham advanced on away goals. The final is now between two English clubs, Liverpool and Tottenham.

Both clubs are coming off comeback wins, Liverpool won 4 – 3 yesterday after losing 1 – 0 in the first game. Tottenham was down 0 – 1 but scored three at Ajax’s home to advance on away goals.

Van der Laan was released from the club before the season ended but he was still excited for the second game between Tottenham and Ajax. Earlier this week, the footballer tweeted about deserving a ticket since he was free. The tweet saw more than 250 replies.

Van der Laan made seven league appearances during the 2018 – 19 season. He also made one appearance in the league’s cup. The forward had no assists or goals in his eight matches.