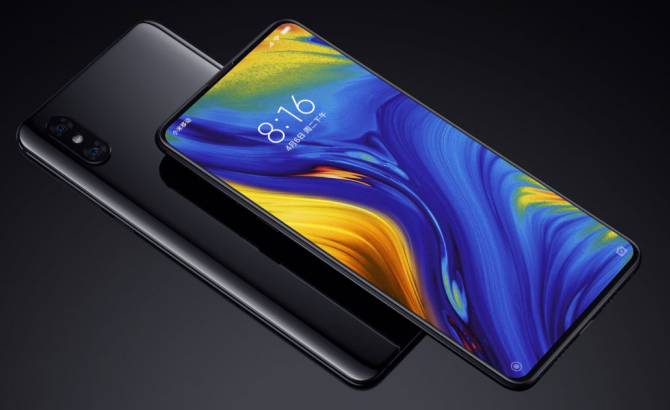 Xiaomi has caught the attention of the tech world every time it releases its Mi Mix phones. The flagship smartphone was one of the first to feature almost all screen on the front. The latest edition introduced other changes but the upcoming release might end up being its best yet.

The Mi Mix 4, codenamed Hercules, is rumored to be an amazing device. Several leaks and reports have mentioned that the company is planning to make this a really powerful smartphone. Nothing has been confirmed but Mukul Sharma of Android Updated recently posted a picture on Twitter showing just how powerful the phone might end up being.

The photo reveals some of the specifications that the phone might have when it is released some time this year. The first thing we see on the photo is the Snapdragon 855 processor information, which is not a surprise since rumors have repeatedly mentioned that this will be part of the device.

At the bottom of the photo, we see that the device will feature a UFS 3.1 memory. But that’s not all, the photo also shows that there will be a 4,500 mAh battery and a 64MP camera.

The phone will also have a whopping 16GB of RAM and 1TB of internal storage. This is something we don’t often see on smartphones today. The amazing specs probably mean that this variant will be the most powerful and expensive of the ones that will be released later this year.

There is really no clue on what Xiaomi is planning to have for its design. The first three releases were quite similar but the company recently updated the series with a phone that is quite different from the rest. Many expect the company to release another amazing device with several changes.

The rumors have repeatedly pointed at the Xiaomi Hercules being the next release of the Mi Mix series, which debuted back in late 2016. Recent reports have even mentioned that the phone might end up being a foldable device.

There is no confirmation on this but several smartphone companies have already announced plans to have one while others such as Samsung and Huawei have already unveiled their versions.

Foldable devices are on their early stages but 2019 could be the year in which we finally see more than just one foldable device in the market. Royole made its first attempt last year while Samsung and Huawei are expected to release their foldable devices some time this year.

Xiaomi has already confirmed with its teasers that there will be a foldable device in the future. The short videos don’t give release date or specification information but it shows that the company has a working prototype. Like many of the foldable devices, the phone can go from a small screen device to a tablet sized screen.

It is unclear if the foldable device and Mi Mix 4 are the same phone but it probably won’t be long before more information starts surfacing. Previous Mi Mix phones have been released at the end of the year so many expect the company to continue that with the Mi Mix 4.

Are you excited about foldable phones? Are you waiting for the release of the Xiaomi Mi Mix 4? Let us know in the comments.