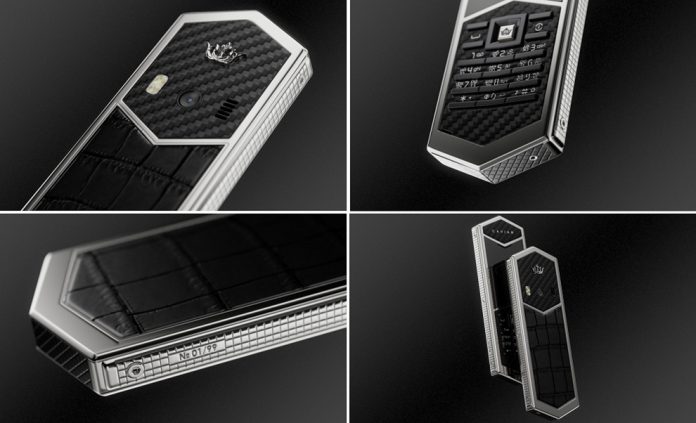 The Samsung Galaxy Note 9 is one of the most expensive devices by the South Korean company. Its $999 price for the basic variant is a high price for some but Caviar has created an even more expensive version for those who want to have something that stands out.

The Galaxy Note 9 from Caviar has 1 kg of pure gold on the back. This addition obviously makes it a lot more expensive than any other Galaxy Note 9 creation by Caviar. Its price is around $60,000, making the basic variant from Samsung an extremely affordable option.

Back in October, Caviar unveiled one of its most impressive creations. The Russian company launched the iPhone XS with a built-in mechanical watch. The luxury accessories maker unveiled three models, black and gold, titanium and pink gold.

The front of the phone remains the same but the impressive design is on the back, which features a mechanical watch. The custom phones start at $6,300 for the 64GB variant.

During Season 8 of Game of Thrones, the Russian company announced a Galaxy Fold with a design focused on the popular series. The company’s creation makes the phone seem like one of the books written by George RR Martin, who has his name on one of the covers of the phone.

The interesting part about this announcement is that the Galaxy Fold has not even been released yet. The foldable phone was actually delayed in April over some issues with its tech. The regular Galaxy Fold has a price of $1,980 but the Caviar version has a price of $8,180. The company has only made seven of these devices, so they are also extremely rare. 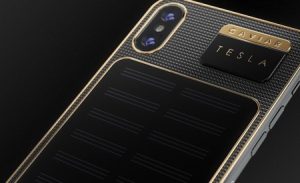 The iPhone X’s price was a big point of discussion in the tech world since the device started at a whopping $999. But Caviar’s custom design made that price look like nothing. In May 2018, the company announced the iPhone X Tesla, which features a thick phone case with a solar panel. Caviar said at the time that it would only make 999 units. This custom iPhone X has a starting price of $4,500. The price is nearly $5,000 if you think that 64GB of storage is not enough for you and have to go for the 256GB version.

Caviar has also focused on Nokia devices, especially the old school ones. Not too long ago, the company made headlines when it announced a Nokia 3310 with the face of Trump and Putin. Earlier this year, the company returned with another crazy Nokia design, this time for the 6500.

The Viking Ragnar Carbon Nokia 6500 has a carbon frame along with a titanium keyboard. The back of the phone is covered by alligator leather. The specs of the phone remain the same as the regular Nokia 6500, which has a 2.2-inch display, 2MP camera and an 830 mAh battery. The price of this custom Nokia 6500 is around $2,600, making it way more expensive than the variant from Nokia.