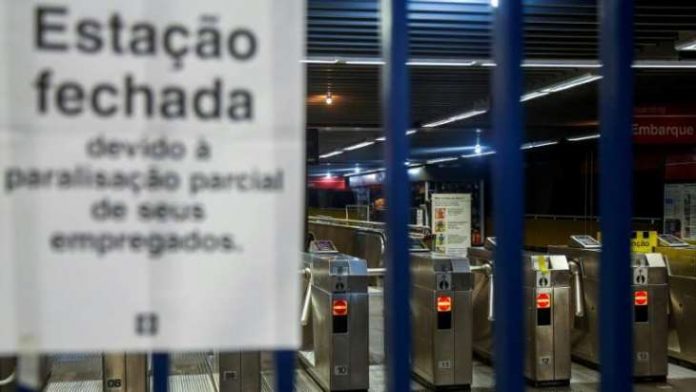 A government proposal to reform pensions has sparked protests across several cities of Brazil. The protests began with public workers, who are participating in a general strike to show what they think about the plans.

The general strike comes six months after President Jair Bolsonaro took office. The strike has affected part of the public sector, including schools and transport. In some cities, police have clashed with protesters. In Rio de Janeiro, police used stun grenades against the protesters. Parts of the cities involved in the protests have been blocked with objects and burning tires.

The pension reform includes a raise in the minimum retirement age of workers. The male requirement would be raised to the age of 65 while females would be increased to 62. The president has explained that the plans would restore public finances but part of the public sector is against the idea.

The pension reform still has to be approved by both houses and the Congress but protesters have already taken the streets to show their disapproval for the plans. It is the first strike since Mr. Bolsonaro took office in January 2019.

Critics believe the reform will affect the poorest in the country. The government estimates that the plan will result in the savings of around $237 billion in the next ten years. The government sees the plans as a way to help out the struggling economy.

Critics don’t see a benefit in the plans, with some saying that this will only force people to work at a younger age and work even longer to receive the benefits from retirement. The president spoke to reporters and said he was confident that Congress would give the green light to the reform.

The Congress will likely start voting on the reform in the next few weeks. It is unclear how long the unions plan to have the general strike, which has left major cities such as Brasilia and Salvador without public transportation.

The protests are not only against the pension reform but also against other plans by the government. In some cities, people took the streets to show their disapproval for the cuts to the education budget. The BBC reports that two people were injured in the city of Niteroi when a car struck a group of protesters who had blocked a street.

Brazil was one of the strongest economies of Latin America not too long ago but the 2015 – 2016 recession has been disastrous for the country. In 2015, inflation skyrocketed, investments collapsed and its GDP shrank by 3.5 percent. 2016 also saw the same drop in GDP. Reports back in April revealed a drop in approval rating for Mr. Bolsonaro, who won with 55.7 percent of the vote in October’s presidential election.

The strike comes as the country is getting ready to host the 2019 Copa America, its third major sporting event in the last five years.