CONMEBOL Explains Why Chile’s 2016 Win Is Missing From Trophy 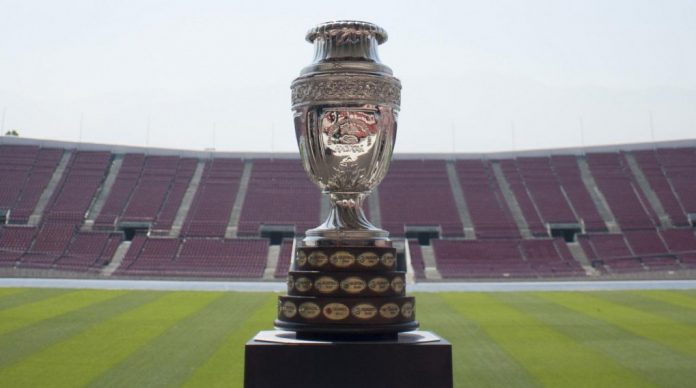 CONMEBOL, the organization in charge of football in the South American region, has explained why the Copa America trophy is missing the badge of its latest winner, Chile. The trophy, which includes all of its winners, was the topic of discussion in Chile and many other parts of the world when it showed up without the 2016 badge.

CONMEBOL clarified that the last Copa America title for Chile was in 2015 and not in 2016, which saw them repeat after another final against Argentina. The 2016 edition was done to celebrate the 100 years of the famous tournament. The matches were held in the United States.

The football organization told El Mercurio that the Copa Centenario was unique and that Chile got to keep the original, not like the Copa America in which every winner receives a replica. CONMEBOL also clarified that this does not mean that Chile is not a champion, the organization said the team is champion of the continent but not the winner of the same trophy. The organization ended its comments by saying that the team is a two-time America champion but not a two-time Copa America champion.

The missing badge had sparked some questions on the trophy since it includes every winner. The 2019 Copa America is underway now so with the comments from CONMEBOL, this means that Chile is in the run for its second Copa America and not its third.

Chile won back to back Copa America tournaments in 2015 and 2016 after defeating Argentina in both finals. La Roja missed the 2018 World Cup after a very competitive qualifier in which several teams made it to the tournament in the last match.

Chile is now looking for its third straight Copa America trophy and the team has had a solid start so far. The last group stage match ended with a loss against Uruguay but the game was very close throughout. Chile will now have to face Colombia in the knockout stage.

The explanation from CONMEBOL has sparked numerous comments on social media. Some have joked about the explanation, saying if Chile were to win this year’s Copa America there would be some confusion since the team would be a three-time champion but at the same time a two-time Copa America champion. Others responded by saying that Chile will be champion for 100 years since Copa Centenario was done to celebrate that mark.

The 2019 Copa America comes three years after Copa Centenario. But there won’t be a long wait for the tournament since CONMEBOL has already announced a 2020 Copa America, which will be co-hosted by Argentina and Colombia. The next Copa America will reportedly have a new format.