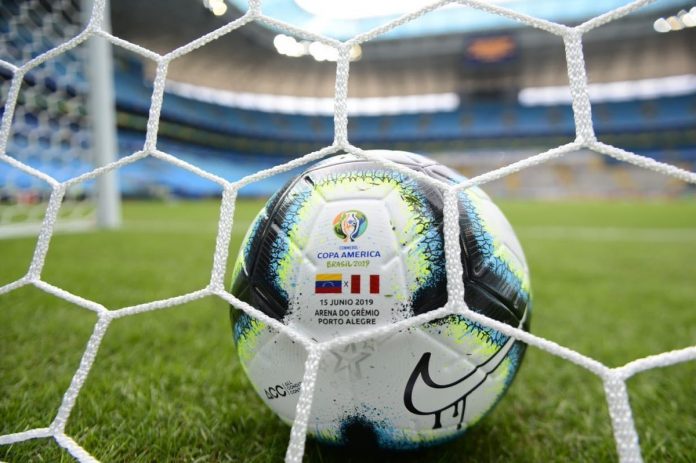 The last part of the Copa America group stage is nearly done and the quarter-final matches will be confirmed once Chile – Uruguay and Ecuador – Japan play later today. Matchday 3 was decisive for teams such as Argentina and Venezuela, which needed a win to get through. Here are the results for Matchday 3:

Bolivia was eliminated from the tournament after the loss to Peru in Matchday 2 but Venezuela needed the win to avoid any chances of being out. Venezuela came into the match with two points from draws against Peru and Brazil. Bolivia went down 0 – 1 early in the match and Venezuela scored again later on. Bolivia made things close with a goal but Martinez secured the win with a header after a cross from Soteldo.

The win did not give Venezuela first place in the group but it did help the team secure second place. Venezuela has allowed just one goal in the tournament.

Peru did not have a great start or end to the group stage. The team secured just one point against Venezuela but did stay alive with a win against Bolivia in Matchday 2. Peru came in as a strong candidate to secure one of the two spots as third best team. Brazil, which was coming off a disappointing draw against Venezuela, began the goal party early on and looked like a favorite to win it all.

The shocking result left Peru close to elimination since it gave other teams the chance to take the third best spots. The recent results have helped the team, giving it a spot in the quarter-final. Peru’s opponent will be determined once the last two matches are over.

The team has confirmed that it will be without Jefferson Farfan for the rest of the tournament. In three matches, he had a goal and one assist.

Argentina’s disappointing start to the Copa America was fixed with a winning result against Qatar. The two-time World Cup champions took the lead early but struggled to score more and put the game away. There were times in which Qatar was very close to scoring a goal. Aguero gave Argentina a bigger lead after a nice individual play.

Argentina secured second place in the group, ending with a loss, draw and win. The quarter-final match will now be Argentina vs. Venezuela.

Colombia finished the group stage with a perfect 3 of 3 for 9 points. Paraguay was coming off two draws and needed the win to secure a spot in the quarter-final. Colombia’s opponent has not been determined since two matches are yet to be played.

Paraguay is third in Group B with two points. Japan is third in Group C with one point so a win against Ecuador today would give them the second third spot. Paraguay needs a draw from Japan to avoid being eliminated from the tournament.

Chile and Uruguay will meet later today to determine who finishes first and second in the group. Chile has six points after two wins while Uruguay has four points after a win and a draw. A win would leave Uruguay as the group leader. A Chile win would give them nine points in three matches.

Japan and Ecuador are both looking to finish the tournament with a win. There is a lot to be earned in this match. Japan can secure a spot in the next round with a win. Ecuador also has the chance to land as one of the third best places with a win.