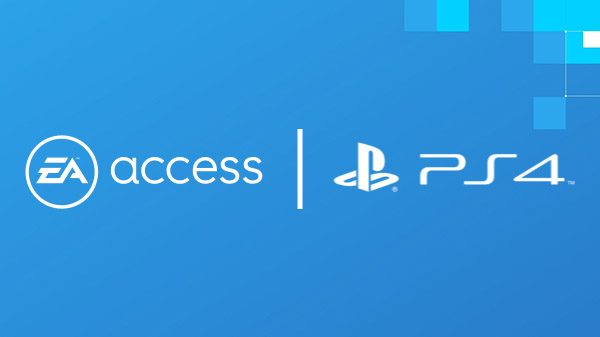 EA recently confirmed that its subscription service, EA Access, would be arriving to the PlayStation 4 some time in July. The release will come after many years of the service being available for the PlayStation’s rival, the Xbox One.

The service will be available for Sony’s console on July 24. If you’ve never used the service on the Xbox One, EA Access is basically a membership that offers a number of benefits. Here are some of the things that EA Access offers:

The service allows gamers to play new releases early. This means that you will get to play a new game a few days before those who are not subscribed. The early release is just a few days before an official release but it is a cool option for those who can’t wait for that game to be out.

The membership also offers something called the Vault. This option is one of the best parts of the service since it offers a lineup of recent and old games. The lineup has solid games such as Battlefield 1. Sports series such as Madden and FIFA are also included in the lineup, which currently has more than 50 titles. EA has not revealed which games will be part of the PS4 service but it will probably be similar to the Xbox One lineup.

There is also an option for those who like to know more about a game before buying it. EA Access has an option known as Play First Trials. This option allows subscribers to play a game for up to ten hours. During this time, you can see if you actually like the game or not.

There is a little something for those who spend on microtransactions. The service offers a ten percent discount on FIFA Ultimate Team points and Apex Coins, which are used to buy cosmetics on battle royale game Apex Legends.

The only negative of EA Access on the PS4 is the backwards compatibility. On the Xbox One side, the membership offers a number of backwards compatible titles. The feature has been part of the Xbox One for a few years now but the PS4 doesn’t really have that. Maybe EA will add something extra to the PS4 service to balance things out?

Oh and there are reports out there saying that the account will not be available for both consoles. This means that you’ll have to have two memberships if you plan on using the service on the Xbox One and PS4. This is a small negative since the monthly and annual prices aren’t really that high.

EA Access launched on the Xbox One five years ago and there’s a similar service on PC called Origins. Just before its launch on the Xbox One, EA offered to have the service on the PS4 but reports say Sony declined.

EA Access for the PS4 was officially announced in May. Several details about the membership were revealed at the time, including its price and some of the options that will be part of it. Speaking of price, EA Access for the PS4 will be available for $4.99 a month or $29.99 if you plan on getting the subscription for a whole year. This is the same price offered on the Xbox One.