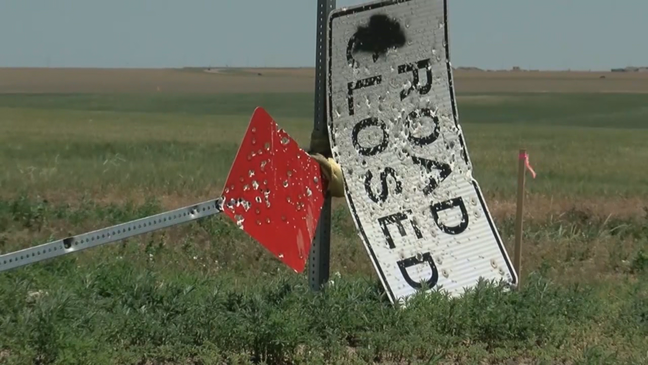 Google Maps is a very useful tool that provides time estimates on your destination, addresses and even alternate routes when your usual route is blocked by traffic or an accident. But technology isn’t perfect and it can some times lead to huge problems for those who heavily rely on it.

Google Maps users who were headed to Denver International Airport or simply drive by the area, found out that the app can some times find routes that are not made for their cars. A car accident on Peña Boulevard, one of the roads that leads to the airport, brought up a detour on the app. Drivers noticed the detour on the app and started following it to avoid spending time in traffic.

The detour turned out to be far worse than spending time waiting for the car accident to be cleared. The different route that drivers took led to a dirt road that had turned muddy after rains in the area.

The muddy road was too much for some cars and some drivers didn’t get very far. The vehicles that couldn’t make it through blocked the rest from making it. Almost 100 others were stuck in the area after drivers decided to take the same detour.

One of the many people that got stuck on the dirt road was Connie Monsees, who took pictures of the long line of cars. She was on her way to pick up her husband at the airport when she spotted the car accident.

She thought of a detour and got on Google Maps to get a quick way out. She says she was given a detour that was half the time. The route had an estimate of 43 minutes for her but the detour was just 23 minutes. She took the exit and decided to go for the detour.

She initially thought it was all going to be okay since she saw other cars heading down the same path. She quickly found out that the detour was a mess and that many cars were struck after attempting to drive through.

Her car was able to get through since it is equipped with all-wheel drive. She also helped out two people, giving them a ride to the airport so they could catch their flight.

The company released a statement saying that they take many factors into account when finding routes but that issues can arise due to circumstances such as weather. In recent years, the app has brought updates to make sure that users don’t get lost. But technology isn’t always perfect so things like this can happen from time to time.

Google Maps, launched in 2005, introduced a detour feature for Android and iOS back in early 2016. The feature also introduced pit stops for those who frequently go on road trips. Earlier this month, the company announced that it would introduce a new feature to show where natural disasters may occur and how to avoid them.