Why Would You Need To Look Up Someone’s Mugshot? 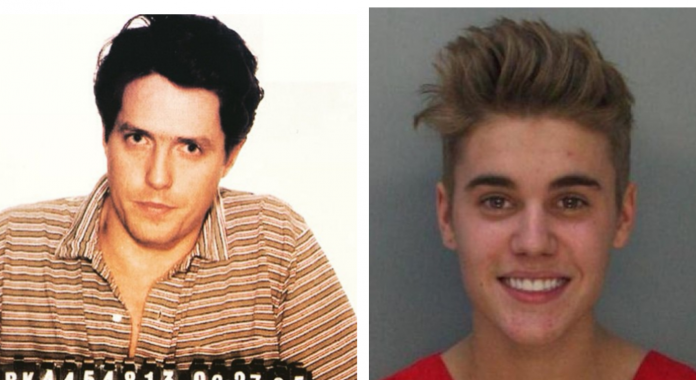 Mugshots are the most common publicly available records in criminal background checks. When investigating a potential employee, mugshots are an excellent place to start because they are the surest indicator of whether or not a subject has had a brush with the law. They also require the least foreknowledge, because often all you need is a name to start with.

Why We Take Mugshots

Mugshots are the photographs taken of every subject as soon as they are taken into custody, along with fingerprints. This provides an efficient record for later suspect identification, especially if the subject operates under multiple aliases. Witnesses can be asked to identify the subject from the mugshot. Finally, mugshots come in handy later in case your suspect manages to escape custody.

The practice of mugshots began in the 1800s, and after a time, the Pinkerton Detective Agency began using mugshots on wanted posters. The FBI later came to also use these in their Top Ten Most Wanted listing, which may still be found today online.

Mugshots also serve a dual purpose by protecting civil liberties. Constitutional protections against unjust incarceration and treatment make it a good idea to have a record of every face per arrest, to ensure that no one makes ay mistakes in the processing of persons in custody. This is also one reason why mugshots are the most publicly available record. It requires law enforcement to act with an open policy so that there is no question of who has been arrested and in what condition the person was in at time of arrest. As a general rule, police procedures in countries that respect human rights are designed to be as transparent as reasonably possible.

It is important to note that authorities only take mugshots in the event of an arrest. Misdemeanors, infractions, traffic offenses, and similar events do not result in mugshots being taken. For purposes of employment, a mugshot search may be satisfactory to pass the background check, but background checks to establish credit or further liability might want to further examine petty offenses and vehicular violations as well.

Most states in the United States and much of the rest of the western world make mugshot databases publicly available. They are typically posted online in each law enforcement department’s website. For those exceptions where this is not automatic policy, mugshots may be freely released to individuals filing a federal Freedom of Information Act (FOIA) request.

Once in the system, mugshots are never removed from government records. They may be taken down from the most recent page displayed on law enforcement’s websites, but they are still available by request.

The exception to this rule is that a judge may order a record sealed. Within the legal system, judges are the final arbiters of civil rights and may deem a subject to be unjustly inconvenienced by the presence of a legal record. For instance, an otherwise model citizen who has experienced a momentary lapse of reason, or a person who is themselves the victim of stalking and harassment. This is, however, a very rare event.

Mugshots Are Not Evidence Of Guilt

It is important to distinguish between a subject who has merely been taken into custody and someone convicted of committing a crime. Subjects get arrested by mistake at times, in cases of mistaken identity, false evidence presented against someone, warrants served to the wrong address, and other misadventures.

Even when law enforcement is justified in an arrest, roughly two-thirds of all arrests lead to conviction. This means that there’s about a 33% chance that a person can be innocent – or at least not prosecuted – and still have a mugshot on file.

One example of guilt without conviction is when a police search uncovers contraband, which a judge later ruled was a violation of Constitutional rights against unreasonable search and seizure. This is where the phrase “probable cause” comes from, as an officer must prove they had such cause to suspect guilt before conducting a search. Another case is that a judge declared a mistrial due to other mistakes of the legal system. In these cases, the subject is to be considered innocent.

In conducting a criminal background check, mugshots should be treated as a starting point. The complete absence of a mugshot is a fair, but not guaranteed, indicator of a clean record. A single mugshot warrants further investigation, while multiple mugshots will most likely be a red flag about an individual’s civil conduct. However, in cases of a background check, one should always inquire with the subject as to the event of the mugshot, simply in the interest of giving everyone a fair chance to tell their side of the story.