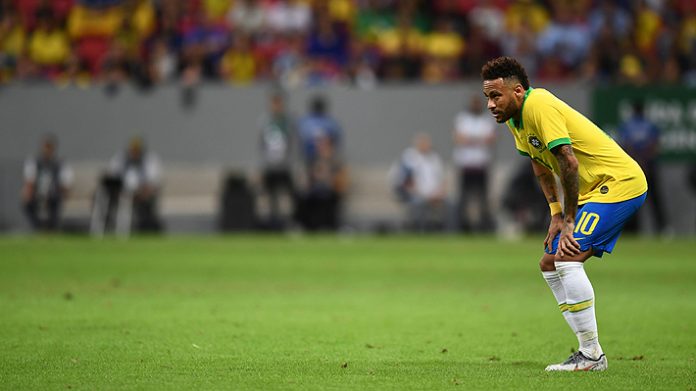 The woman accusing football star Neymar of rape has made an appearance on Brazilian TV to explain what happened. Najila Trindade, who accused the PSG player last week, told SBT Brasil that what happened in the Paris hotel on May 15 was an assault together with rape.

During the interview, Ms. Trindade confirms that she was attracted to the football star and that she wanted to have sex with him. She said she was flown to Paris and placed in a hotel paid by the PSG star.

She later tells the interviewer after she was asked if the incident was an assault or rape that it was an assault together with rape. She said the football star was completely different from the boy she got to know through messages.

Ms. Trindade alleges that Neymar refused to use a condom and became aggressive, raping her during the incident. A video of what appears to be the incident has also surfaced. The video, which was reportedly filmed by her, shows an altercation between two people in a hotel room.

The video ends with a brief fight between the two. During the incident, the woman tells the man that she is going to hit him because he beat her up yesterday. Her words suggest that they had met before that. Neymar has said that they met twice.

The video of the altercation was posted by Record TV’s Twitter account. The PSG player has not commented on the interview but his father was recently interviewed about the footage that just surfaced. He said it was a clear set-up that proves that his son is innocent.

Neymar and his management have said through a statement and a social media post that this is an extortion attempt. The football star said through a video posted on his Instagram page that they exchanged messages. He also showed some of those messages and explained that he had to make them public to show that nothing happened.

The lawyers who first represented her said the complaint was for physical violence or aggression by the football star. Ms. Trindade then filed a rape allegation last week and her lawyers decided to stop representing her since the allegation was not part of the strategy they had agreed.

Her first lawyers said that they had talked with lawyers of the football star about a settlement. They said the lawyers later rejected it. She is now being represented by another legal team.

Neymar recently made an appearance for a friendly match against Qatar. The PSG star was injured after 20 minutes and its been revealed that the injury will leave him out of the 2019 Copa America.

Neymar’s football season was cut short by an injury and his appearance for the upcoming Copa America was in doubt before the injury happened. The Brazilian star has missed plenty of games due to injury in the last two seasons.

The injuries have left him out of important games such as the Champions League. During his time with Barcelona, he also missed several games. During the 2014 World Cup, he suffered an injury that left him out of the semi-final against Germany.

Just a few hours ago, Mastercard announced that it would suspend its series of marketing campaigns with Neymar until the issue is resolved. The PSG star recently appeared in a leaked FIFA 20 cover but EA has confirmed that the leak is not the actual cover of the popular football video game.