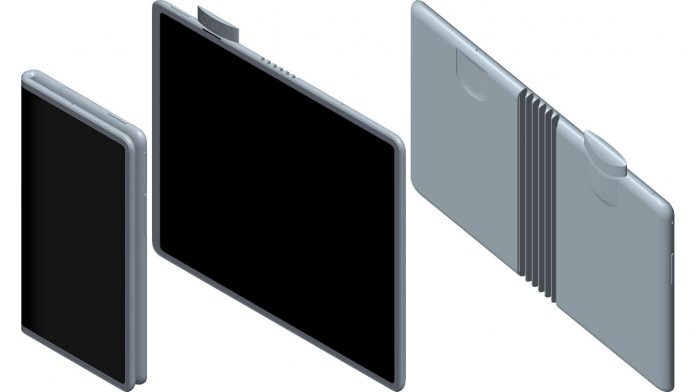 Oppo has filed a patent for a foldable phone but the highlight of the whole thing is that the Chinese smartphone maker may be planning to have the camera in a different spot. According to the patent, the foldable phone will have a pop-up front camera to get rid of the notch.

The information on the patent comes from tech news site LetsGoDigital. The phone is said to have a similar design to the device from Huawei, the Mate X. The big difference will be the camera, if the company goes ahead with this design.

The Galaxy Fold and Mate X both have bezels but Oppo plans to have something different by having a camera that pops up. Pop-up cameras are not exactly new since some smartphone companies have recently featured them but this would be a first for a foldable phone.

The pop-up camera is a nice idea but this obviously brings questions on the durability of the device. We have already seen Samsung delay its phone over issues that surfaced just before its release. The Galaxy Fold still doesn’t have a release date and it could be a few more weeks before the company makes an announcement.

A pop-up camera means moving parts, which could easily break or get damaged with heavy use. Tech sites also point out that there is a hinge seen on the patent. This also raises questions on the durability.

This is a patent so this doesn’t mean that the company will 100 percent release the device this year or in 2020. But this is another idea that could change how the cameras are placed in foldable phones. LetsGoDigital recently dropped information on another patent with an interesting idea. The patent, which was filed by Samsung, is all about a rollable phone, which transforms from a regular smartphone to a giant sized screen. Among the few things seen in the patent is a triple front camera.

Oppo could be among the many companies planning to unveil a foldable device in the near future. Xiaomi, Apple and Sony are also rumored to be in the mix for a foldable phone. Xiaomi appears to be the closest at this point after posting two teasers showing off the phone and its abilities to become a much smaller device with a simple fold.

Foldable technology was expected to be huge in 2019 but it has not gone well so far. All three devices announced are not out yet. Samsung has delayed its device over issues that early reviewers pointed out. The company recently said it would have a launch date in the coming weeks. It’s been nearly two months since the Galaxy Fold was delayed.

Huawei’s case is a bit different, the company is in a battle with the US government. Tech experts believe that this could lead to the Mate X skipping a release, for the US at least. Royole, the very first company to announce a foldable phone, saw its FlexPai phone go up for pre-order and it was recently reported that the phone had sold out. Some tech experts aren’t convinced though, with a few saying that the phone feels rushed out.