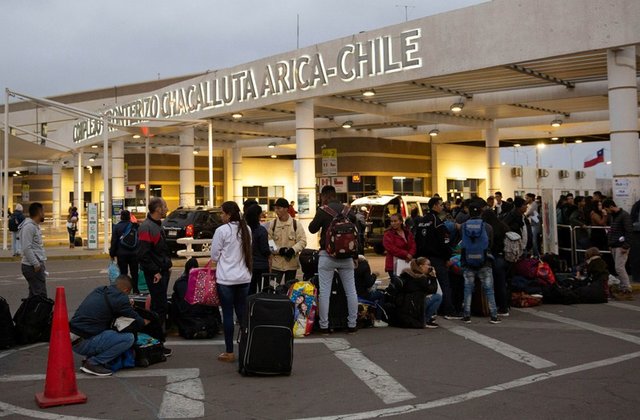 The announcements began with Peru, which is said to have received the second most Venezuelans since the economic and political crisis began. On June 15, Peru started demanding passports and visas from Venezuelan migrants. The previous requirements weren’t strict but South America has struggled taking everybody in since the UN estimates that around four million have fled the country recently.

Hundreds of Venezuelans Rushed To Peru and Chile

Venezuelans rushed to Peru before the new requirements were officially introduced. The announcement was nothing new during the economic and political crisis of Venezuela. In recent years, several countries have announced visa requirements for Venezuelans looking to visit or stay in the country. Panama, Peru and Chile are among those countries.

The tougher immigration law left many stranded in borders between Chile and Peru. The announcement forced many to rush since it is currently very difficult to obtain a passport in Venezuela. The visa requirement also meant that Venezuelans had to cancel their plans if they were looking to enter Peru after June 15.

Just days after Peru’s announcement, the Chilean government also confirmed that the country would require visas on June 22. The announcement took effect almost immediately, forcing many Venezuelans to cancel their plans.

Chile previously allowed Venezuelans to enter the country with just a passport. The announcement came shortly after many Venezuelans rushed to the border with Chile and Peru.

Last year, Chile made some changes involving Venezuelans but the requirements were not so strict. Venezuelans were actually given a new option to avoid waiting months for Chilean documents. At the time, the Chilean government introduced the democratic responsibility visa, which allows Venezuelans to request documents to work and stay in the country for up a year or two, if requested. The request has to be made from Venezuela and can take a while but the government recently changed it so that Venezuelans can request it from other countries.

The UN recently estimated that around four million Venezuelans have left the country. The situation has not improved and experts believe that millions more could leave the South American nation in the next few years.

Chile has also taken in thousands of Venezuelans in recent years. The numbers are not as high as Peru but the South American nation was one of the best destinations for Venezuelans since they could request documents and be allowed to work with a recommendation from a resident/citizen or contract from a company.