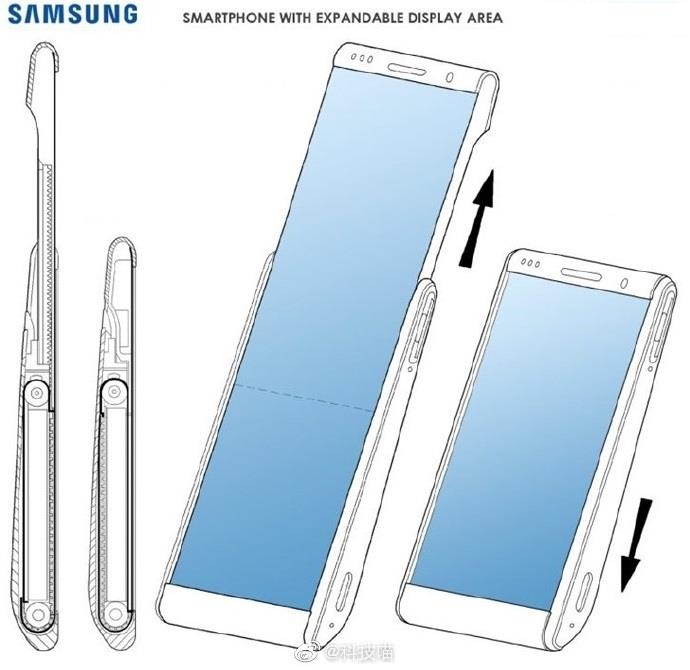 Samsung has had a troubled start with its Galaxy Fold phone but it appears that the tech giant has other ideas in mind. According to a patent filing from the company, there is an idea for a smartphone with a display that can be rolled out.

The news come from tech news blog LetsGoDigital, which revealed that the company had filed the patent late last year. The patent shows a smartphone with a display that can be rolled out to have an even larger screen.

The phone appears to be a regular smartphone when it has not been rolled out. The top of the device shows the sensors as well as the front cameras. In the top left corner, we can actually see what appears to be triple cameras. The images revealed do not show the back of the device.

Patent Filing and Other Phones

A patent filing does not mean that the company will for sure release this device in the near future. It simply means that it might experiment with the idea and maybe release it at some point. In recent years, there have been some interesting patent filings from smartphone companies and this one definitely joins that category.

Samsung’s plans for a unique phone have not gone smoothly. Its Galaxy Fold phone was delayed after early reviewers began having problems with their devices. The Galaxy Fold was set to be released in late April but that changed just days before its big launch.

The Galaxy Fold’s launch date remains a question mark at this point. The company did say on Monday that it would have a launch date in the coming weeks, so it appears that it will be available this year.

The Galaxy Fold is among the few foldable phones that have been announced so far. The foldable device was actually the second ever to be announced. The phone was officially unveiled during an event in February but issues just days before its launch forced the company to conduct more tests.

Reports have mentioned a launch date for May, June and even July. June is already near the midway point so July appears to be the closest. All we know so far is that the launch date will be announced in the coming weeks.

Foldable technology hasn’t really taken off just yet, with Royole, Huawei and Samsung still working on the releases of their devices. But Samsung appears to have a few other ideas when it comes to creating unique phones.

What do you think about this idea from Samsung? Are you planning to get a foldable device soon? Let us know in the comments.