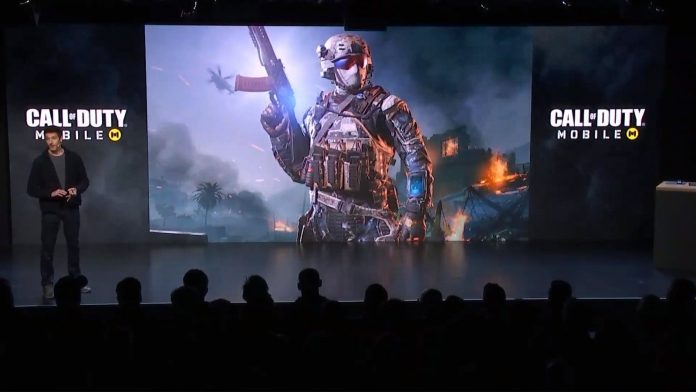 Tencent is looking to expand its international presence by having a mobile version of Call of Duty, Bloomberg reports. The report comes as the social media and gaming company is struggling to bounce back in the Chinese market, which has several restrictions that have forced the company to make changes.

Call of Duty games have been around for more than ten years. Some of the releases have set sales records so a mobile version makes sense for Tencent and Activision. The game could be a major turnaround for Tencent, which has recently struggled in China over the restrictions that the government has set.

Reports have pointed out that Tencent has seen its video game business revenue drop one percent for the first quarter of the year. Its mobile division has taken a major hit, with the company recently reporting a three percent decline. The decline is said to be over the lack of releases by the company.

The company has also taken losses in its mobile division over restrictions that prevent some of its games from making money through microtransactions. One of the biggest examples if PUBG, a battle royale game that is very popular around the world.

Tencent holds the rights to the game in China but it ran into some problems shortly after launching the mobile version of the game. Like many of the battle royale games, PUBG Mobile makes money through microtransactions. Tencent was testing PUBG Mobile in China and while it had many players, the game could not make any money over the restrictions from the government.

Just a few weeks back, the company decided to shut down the game and release a modified version. The alternate launch was Game for Peace, which came right after the shut down of PUBG in China.

Experts say the game is quite similar but it does some things differently to meet the requirements and make money. Game for Peace has a socialist theme and a few other changes to show less violence, including no dead bodies after a player has been eliminated from the match. PUBG Mobile allows players to transfer their data to Game for Peace.

The new game has been a big hit in the country, according to market research companies. It was reported recently that the game had earned more than $14 million on iOS in its first three days.

Call of Duty Mobile was announced earlier this year and it is currently on its beta testing phase. The popular series of video games has appeared a lot in many gaming and tech news since it was recently announced that there will be a reboot of the Modern Warfare series.

The reboot, simply known as Call of Duty Modern Warfare, will be released in October for platforms such as PC, Xbox One and PS4. It is unclear if the mobile version will include any features, storyline or maps from the upcoming game.