Camera-Ready: How Celebrities Get In Shape For Their Movie Roles 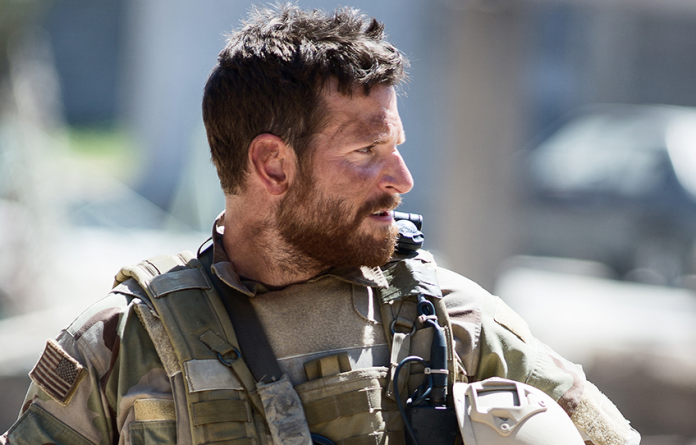 Getting into character for a big film role is an integral part of the modern movie business and many top stars are prepared to go the extra mile to achieve the perfect look.

While the general public marvel at the finished product on screen, it is fair to say that the majority of movie fans don’t give a second thought to the hard work that goes into the filming process itself.

Adopting the ‘look’ of a particular subject can be the difference between a movie being a success or failure at the box office, meaning the pressure is on actors and actresses to make sure they throw themselves fully into their roles.

Many stars use the services of fitness experts, personal trainers and nutritionists to help them get in shape for their latest film, and the end results can often be quite staggering.

Read on as we look at how some of Hollywood’s biggest stars got themselves in shape for their movie roles.

Kyle came from a background of ranches and rodeos, meaning his broad shouldered appearance couldn’t be replicated without Cooper putting in a ton of hard work.

The American star gained around 40 pounds to play Kyle, and the bulk of that was muscle. Top fitness trainer Jason Walsh was the man tasked with transforming the Cooper’s body shape.

Walsh devised a dual fitness and supplement plan that helped Cooper morph into Kyle – effectively turning himself into the legendary sniper.

“Bradley never missed a workout,” said Walsh. “He came in early, trained brutally hard, and followed the supplement plan to the T.

“He showed a kind of dedication to his training that we seldom see with actors. This kind of intense training is unfamiliar to the Hollywood crowd.

“These weren’t smoke and mirrors workouts. He trained like a strength athlete in the morning, then he came in again in the afternoon and trained to build muscle.”

Pitt has plenty of previous form for immersing himself into a character when starring in Hollywood blockbusters.

His physique for the 1999 movie, Fight Club, has become the holy-grail for many fitness fanatics and he went on to repeat the trick in Troy five years later.

Stringent training regimes and a strict diet helped Pitt get into shape on both occasions, and his determination to get into shape certainly paid dividends in both movies.

From using the best pre-workout supplements to smart weight training and brutal rounds of cardio, Pitt was able to transform himself into a lean, mean fighting machine for Fight Club.

For “Troy” he trained intensively for eight months, adding 10 pounds of muscle to adopt the muscular physique of Greek warrior, Achilles.

“Ever since De Niro put on 60 pounds for ‘Raging Bull’, that set the course – he screwed us all, really,” Pitt said about his fitness transformation for Troy.

“I really hit it hard, but probably an impending mid-life crisis was a motivator as well! The physical is very visual and it’s obvious.”

Hamilton’s role as Sarah Connor in the Terminator series of films was a huge diversion away from her first ever venture into acting on screen.

The American actress starred as Lisa Rogers in the prime-time soap opera Secrets of Midland Heights – a programme as far removed from Terminator as you could possibly imagine.

She trained for at least three hours a day, six days a week, shedding 12 pounds while toning up on a diet that revolved around chicken, dry salads and cereal with skimmed milk.

The 62-year-old will return to the big screen as Connor later this year when Terminator: Dark Fate is released. She was eager to throw herself fully into the role and laid down some ground rules to director, Tim Miller, before joining the cast.

Hamilton insisted that she wanted to immerse herself fully into the character and wouldn’t accept the role if Miller was simply looking to use her name to sell the movie.

“Boy, was I ever wrong,” she said. “I worked so hard, and they came up with great stuff. I’m not a figurehead or a cameo here.”

Much like Pitt, Bale has often physically transformed himself for his roles and it has not always been in a positive fashion.

He lost more than 60 pounds to achieve a skeletal look for “The Machinist” in 2004, highlighting the lengths he was prepared to go to in order to get into character.

The actor once again went in the opposite direction to play Dick Cheney in Backseat, famously claiming he had “just been eating a lot of pies” to prepare for his part in the movie.

However, the reality was that Bale had utilised a rather unusual technique to match Cheney’s body shape by spending $3,000 on an exercise machine in order to develop a thicker neck for the role.

Director Adam McKay said: “He thickened his entire neck in this crazy way. He is wearing a fat suit for parts of the film.

“He needed some of the weight for himself to feel the character, so he did put on weight, but we didn’t want him to go beyond a certain point for the early years. We also insisted he did it with a doctor.”