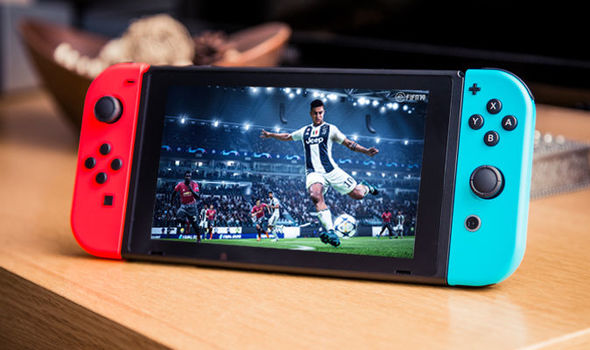 Four kids went on a shopping spree in football game FIFA, which offers microtransactions in its popular game mode Ultimate Team. The father, Thomas Carter, bought them a single pack to get them started in the game but his children later bought more.

The father did not realize that his kids had seen how he made the purchase through the football game. FIFA, one of the most popular football games around the world, offers player packs through Ultimate Team.

The goal of the game mode is to build your own team through the packs, which can be earned by simply playing the game and using the coins received or using real money. The packs contain players from all the leagues available in the game.

Mr. Carter told news sites that the Nintendo Switch has been confiscated indefinitely. The four children reportedly spent 550 pounds ($685) in three weeks. He contacted Nintendo about what his children had done and the company gave him some good news. Nintendo has agreed to a full refund. The players bought by the children during those three weeks have been removed from the account.

Mr. Carter admitted that he did not take all the steps to make sure that his children would not continue making purchases through the family’s Nintendo Switch console. He said that he did not use a unique PIN number and his receipts were sent to an old e-mail address.

The BBC posted a picture of the bank statement, which shows that the children made different types of purchases through the console. Some purchases are for 11.99 pounds while others are for 31.99.

Mr. Carter was a bit critical of the concept of buying player packs without really knowing what you’re going to receive. Player packs have been featured on Ultimate Team for the last ten years but this concept has also been one of the most criticized of EA.

Mr. Carter and his wife found out about the shopping spree when his card was declined. He said his children spent a total of 550 pounds and they never got their favorite player, Barcelona star Lionel Messi.

Lionel Messi and other football stars such as Ronaldo can be found in the packs but the chances of that are very very low. In several YouTube videos, gamers can be seen spending hundreds and even thousands trying to pack the best players, only to get duplicates or cards that won’t be used.

Mr. Carter and his wife are not the only parents or family members that have been left with an empty bank account after microtransactions in games such as FIFA. In December 2017, a mother of four was left with no money for Christmas after one of her children accidentally spent her month’s salary on FIFA 18.

She had bought him the game using her card and then he later used it to buy points for the game mode. The boy went on to buy many coins, later telling her that he didn’t know they were being purchased with real money. She found out about the purchases when she visited the bank and noticed she had no money to withdraw.

In January 2016, another bank account was left empty after a teenager spent $7,000 on FIFA 16. The teenager thought the purchase was a one time fee to receive FIFA points, which are used to buy Ultimate Team packs.