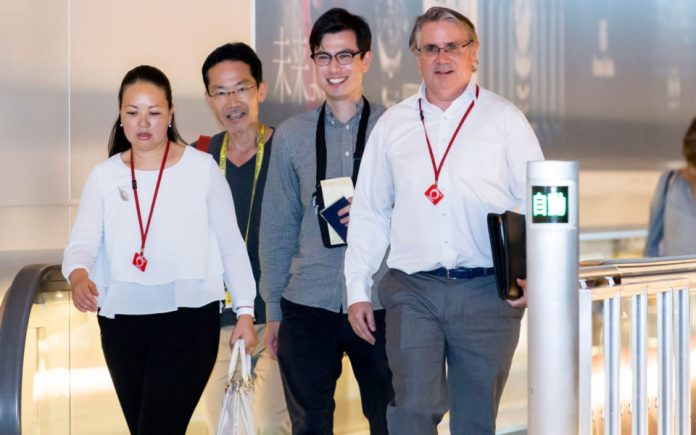 North Korea has released and deported the student who was said to be detained. Alek Sigley, who had no contact with family and friends for days, was allegedly detained for spying.

North Korea’s state media said the man had admitted to systematically collecting information, according to The New York Times. Mr. Sigley was detained but his family could not confirm the reports since he had not talked to any of them. The country did not confirm anything early on.

One of his friends told the media that he had not been able to contact him. He said at the time that he had the green light on Skype but was not replying to the messages. His wife later spoke about his disappearance, confirming that there had not been any contact.

Mr. Sigley was reportedly studying at a university in the capital Pyongyang. Reports said he was also in charge of a tour company that organized trips for students. He reportedly had a program scheduled for the tour company just a few days before he was detained.

North Korean state-run news agency KCNA claims that the student admitted to wrongdoing. It said that he admitted to spying acts and that he repeatedly asked for pardon. The Sydney Morning Herald reports that experts believe this is not about being a spy. Some of them believe that the country noticed that he had too much freedom when it came to sharing information about the country. Others believe it had to do with the meeting that was coming up between Trump and Kim.

Reports revealed after his disappearance that he had been making tweets about the country. One of his most recent tweets is about a hotel in the capital. According to reports, Mr. Sigley has lived in other Asian countries.

Mr. Sigley was not living with his wife at the time of his detention. Reports say he is now in Tokyo, where his wife lives. The Guardian reports that he has released a statement saying that he will not be part of any news conferences or interviews.

During his detention, reports revealed that Australia was getting help from the Swedish embassy. Australia does not have an embassy in the country so the process was done through Swedish diplomats.

The Australian student was released on Thursday, July 4. A picture from the AFP showed him smiling as he arrived at an airport in Tokyo. Reports on his disappearance first surfaced on June 27, with his family saying at the time that it did not know if he had been detained by authorities.

North Korea has detained several people in the past, including students. One of the most recent detentions involved American college student Otto Warmbier, who was accused of removing a propaganda sign from a hotel during a visit to the country in 2016.

Mr. Warmbier was released years later but he was in an unconscious state. He later died and North Korea claimed that he had contracted botulism. US doctors found no traces of that.