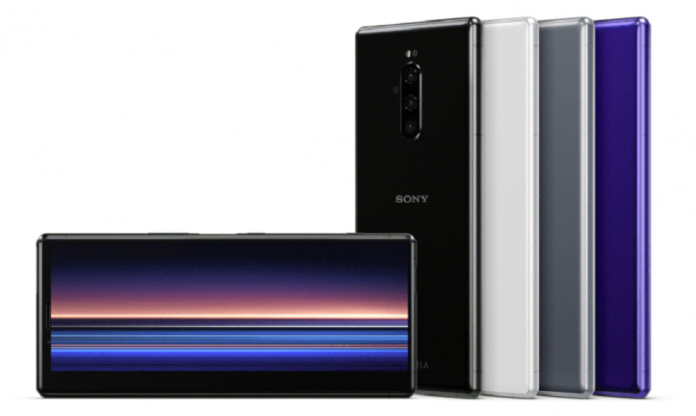 Foldable phones have caught the attention of the tech world, despite seeing a troubled start so far. But the future of phones could be more than just foldable devices. Rumors say that Sony is now working on a rollable phone.

This comes just weeks after Chinese website CNMO reported that Sony is working on a foldable phone, which at the time was said to be known as Xperia F. The report added that the phone will be a 5G device, which is something that Sony doesn’t have yet. The report put the release date some time in 2020.

The latest rumors now have the company working on a rollable phone, something that sounds totally different from the phone mentioned in the CNMO report.

The rumors come from Max J’s Samsung_News_ Twitter account, which also revealed some of the specs we might see on the device. The post mentions that Sony is working on a competitor to the Galaxy Fold and Mate X and that the current prototype features a 3,220 mAh battery, Snapdragon 855 processor, LG Display, Nautilus Design and 10x zoom camera.

This rumor really came out of nowhere since Sony doesn’t have a foldable phone or any phone that is outside of the standard smartphone category. Sony has released some impressive devices over the last few years but this would catch the attention of those who want to see more of this technology.

A rollable phone isn’t exactly a brand new idea. Not too long ago, it was Samsung who was rumored to be interested in the idea. The first report actually surfaced back in early June, when LetsGoDigital mentioned that Samsung had filed a patent for a rollable device last year.

Images posted by the tech news blog showed a standard smartphone that can turn into a much larger device. The rollable mechanic turns the phone into pretty much a tablet, allowing the user to see what it is doing or watching much better.

The report doesn’t have much images but it appears that Samsung wants to have a device with impressive specs. In one of the images, we can easily spot a triple front camera, something that is not seen on many smartphones today. The triple cameras are usually featured on the back of the device.

Samsung already has the Galaxy Fold, which is maybe coming soon, but it appears that the company has other plans. The patent was filed last year so the company looked at this idea a while back.

Foldable phones haven’t kicked off to a great start but the future of phones could involve rollable devices such as the ones that are now being rumored from Sony and Samsung.

What do you think about this rumor? Have you purchased any Sony phones recently? Let us know in the comments.