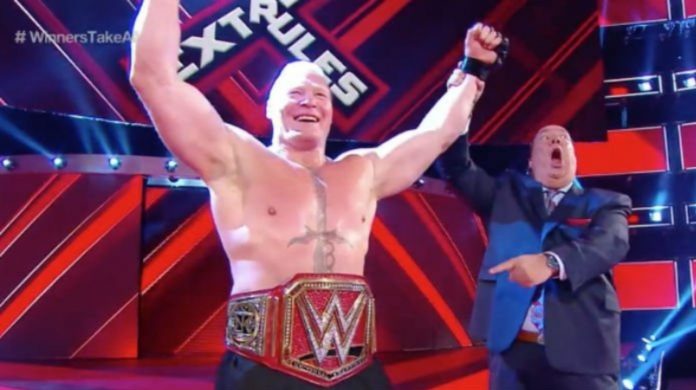 The WWE Universal Championship changed hands last night, with Brock Lesnar shocking the crowd by cashing in his Money in the Bank briefcase. The successful cash in makes Lesnar a three-time Universal Champion. The question now is who will go up against Lesnar, who will likely have his next match at SummerSlam. Here are five opponents for Brock Lesnar:

Daniel Bryan lost the WWE Championship at this year’s WrestleMania and last night, he also dropped the tag team titles to The New Day. Bryan is now without a championship and there is really no indication on who he will feud with next. Reports just minutes ago revealed that Bryan has been pulled from the match that will decide Lesnar’s next opponent but it wouldn’t be surprising to see him compete for the title at some point.

AJ Styles won the WWE US title from Ricochet last night but he would make a great opponent for Lesnar. The Club would obviously add a bit more since they could come in and try to help out Styles. This feud appears unlikely right now but it would make a great match for SummerSlam.

Braun Strowman is coming off a last standing match win against Bobby Lashley. The only problem with Strowman feuding with Lesnar is that we have already seen this a few times before. In recent years, Strowman has been dominant, earning several title opportunities against Lesnar and a few other superstars. But he has fallen short every time, especially against Lesnar. His only title win on the main roster is for the tag titles at last year’s WrestleMania. 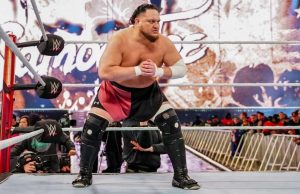 Samoa Joe can be compared to Braun Strowman when it comes to title opportunities. He has earned several of them and while he recently captured the WWE US title, the opportunities for the WWE and Universal Championship have not been successful. Last night, Joe was defeated by Kofi Kingston, leaving fans wondering if he will win the big prize at some point of his WWE career. Samoa Joe and Lesnar have feuded in the past and he actually looked very good during that one. The result was a loss but it wouldn’t be a bad idea for Joe to get another shot at Lesnar.

Drew McIntyre has not been able to capture the WWE Universal Championship but him teaming up with Shane and Elias could make things interesting. Lesnar did attack Shane after the match against Randy Orton a few years back so maybe WWE could tie this and turn it into a feud.

Seth Rollins lost the title last night so a rematch will likely happen at some point. The former Universal Champion captured the title at this year’s WrestleMania, defeating Brock Lesnar in a match that lasted just a few minutes.

Who did we miss on this list? Were you surprised by last night’s results? Let us know in the comments.