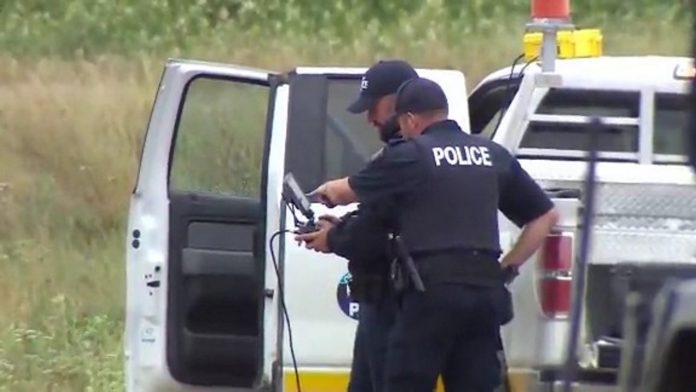 Canadian authorities have found what they believe to be the bodies of the two murder suspects they were looking for. Kam McLeod and Bryer Schmegelsky have been on the run for nearly three weeks. The manhunt began after the discovery of three bodies near highways.

The teenagers were last spotted in Manitoba, where authorities launched a search operation with helicopters, drones and dogs. The search spread to nearby areas but returned there just a few days ago. The two bodies were found near the town of Gillam on Wednesday.

A RCMP official told the media on Wednesday that she is confident that it is them but that to identify them officially, they have to go with the autopsy. The terrain in Gillam has been described by survival experts as a difficult place to survive for those who have no training.

The two teenagers reportedly told their families that they would be moving to the Yukon territory for work. They went missing last month and authorities later considered them as suspects of the three murders.

The last confirmed sighting of the two teenagers was back on July 22. The majority of the search took place in Manitoba, where a burned car reportedly used by them was found near the town of Gillam.

Authorities found a new lead during the weekend when a damaged rowboat was found. On Sunday, dive teams were called in to search the river. The search ended with no discoveries but on Tuesday, authorities confirmed that they had found items linked to them.

Authorities did not give any details on the items found but less than two days went by before they discovered the bodies. A few days before, authorities had set up a roadblock in another area of Manitoba. It is unclear what convinced authorities to move the search to that area.

Authorities were very close to the suspects early on. Last week, it was confirmed by them that the two had been stopped at a checkpoint. The pair was followed and stopped in an area where alcohol is banned. Nothing was found but those who searched the vehicle spotted camping equipment as well as maps.

At the time, the pair was not being considered as suspects in the three murders. Authorities believe they continued driving until they crashed their car. After that, authorities took the search to that area.

The pair was on the run for nearly three weeks before the damaged rowboat and the items were found. BC Assistant Commissioner Kevin Hackett said that with both suspects allegedly dead, it will be difficult for them to know what the motive was. Authorities said they received around 1,000 tips from the public.

The search went on for so long that survival experts began sharing their thoughts on what the possibilities were for the two. One survival expert said days ago that the pair could already be dead due to the dangers of that area. The expert explained that the area is home to insects and bears. He added that there was a chance of surviving without training.

Another survival expert also pointed out that the pair was facing many dangers in that area. But that expert said there was a 90 percent chance they were still alive. RCMP say the investigations into the three murders are ongoing.