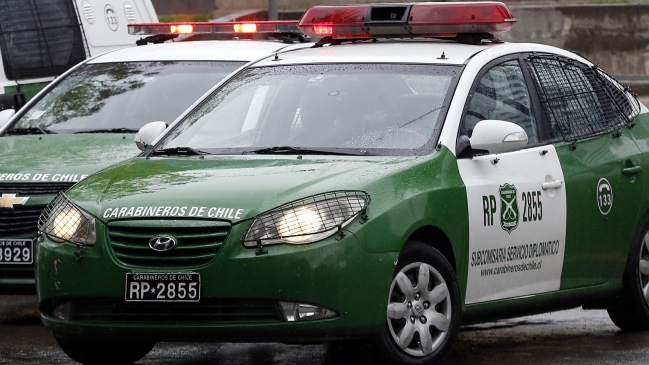 Authorities in the Santiago Metropolitan Region are now investigating the escape of a man who used his twin brother to leave jail. The escape happened in the Puente Alto jail, where the man was being held.

Authorities say the man escaped on Thursday at around 10:50. Matias Ignacio Sandoval Fuenzalida was able to leave the jail without anyone really noticing since he was pretending to be his twin brother. His brother, Bryan Sandoval, was also in the same jail but was set to be released on that day.

According to local media, Matias was taken to jail over a homicide. His brother was held there for another incident and was scheduled to be released along with a few others. Police later found out that the wrong man had left the jail.

Bryan Sandoval stayed in there while his twin brother left the jail. Police later confirmed that the wrong person had left by checking security cameras. Authorities are now investigating how this happened and are currently searching for the man.

Authorities have not given any other details on the escape but have confirmed that his twin brother stayed there.

Not the First Time this Happens

It is not the first time that a twin brother escapes jail by changing places. Back in early 2017, Peruvian authorities began a search for a man who escaped by switching places with his twin brother. Reports revealed that the twin brother did not know about the plan.

It all began in January 2017, when his twin brother visited him. Alexander Jheferson Delgado Herrera was serving a 16 year sentence when he allegedly drugged his brother and took his clothes. Alexander then walked out of jail pretending that he was the twin brother who came to visit him.

Authorities initially believed that the twin brother was involved in the plan. But they later dropped charges after confirming that he was not involved. Authorities were able to confirm that the wrong person had left the jail through fingerprints.

On the Run for Over a Year

Alexander escaped in January 2017 and was on the run for quite a while. In February 2018, the Interior Ministry confirmed through a statement that Alexander had been arrested once again. The escape and arrest made headlines in Peru since this is something that doesn’t happen very often.

Authorities said on social media that they had been monitoring his moves for months and they decided to arrest him in front of a building in the city of Callao. Local media reported that Alexander told authorities that he decided to escape because he wanted to see his mother.

Authorities offered a $6,000 reward for information that would lead to his arrest. Reports said that Alexander attempted to escape when spotted by authorities. He was caught in the attempt and it was later reported that authorities were planning to transfer him to a maximum security prison.

The brother who was allegedly drugged during the visit was released after the investigation. All of the charges against him were dropped.