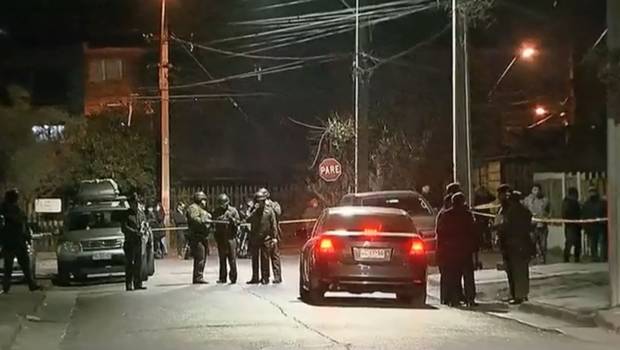 An attack on a gambling club in Puente Alto has left five people dead. Authorities say the shooting, which happened last night, was done by one person. According to local media, authorities are investigating to see if this was a dispute between rival gangs. No arrests have been made so far.

Authorities say the incident happened on Thursday night at around 9:00 PM when a person arrived to the location and began firing against a group of people. Two men died in the shooting while three others died after being transported to hospitals in the area.

The shooting took place at a gambling club that appeared to have a number of customers at the time. According to local media, the gunman fired at the group of people from a short distance. It is believed that the suspect used a modified weapon and fired at least 70 times.

An official explained that the shooting had left five people dead. The official added that there was some sort of dispute inside the location and some of the people who tried to escape ran to the area of the shooting.

Local media has revealed a short video in which people are using slot machines and walking by. Everything appears to be normal but then the group of people there attempt to run out and get to cover. Several people are seen running in one direction before one of them comes back to the area.

24 Horas spoke to a family member of one of the victims and she said that what she saw from the video was someone shooting inside. A resident told the news channel they are used to this and that it is time to leave the population since it is not going well. T13 also spoke to other residents and they said they are used to hearing disputes and shots. One resident told the news channel that they often hear shots while another said it is best to be at home by 7 or 8 because of the insecurity in the area.

Authorities have not identified the person who entered the location and fired at the group of people. They are currently investigating to find out if the incident had anything to do with rival gangs. One person who spoke to a local channel said he believed the incident was over a dispute between rival gangs.

The hosts of the channel asked several questions, including if there was any sign that something was going to happen. The person responded by saying that there were signs and that it felt like something was going to happen. The incident has left many in shock as the shooter was said to be very prepared. Some residents said they heard around 70 shots.

German Codina, the Mayor of Puente Alto, spoke about the incident earlier today. The mayor had some criticism, saying that if authorities had stepped in with force, the shooter would have been stopped. He called for improvements to give authorities everything they need.

Less than two hours ago, district attorney Hector Barros confirmed that they know who was behind the shooting. T13 also revealed a video that shows a different angle of the incident. In the video, which is 41 seconds long, a woman and a man are seen standing near a door and a few slot machines. A few seconds later, people run in and a person steps in with a gun. The shooter escapes while people in the room appear to run to a different part of the gambling club.

Jul 10, 2020
Authorities in Chile were alerted of a cougar sighting in the commune of La Florida. The alert led to a search operation that later...