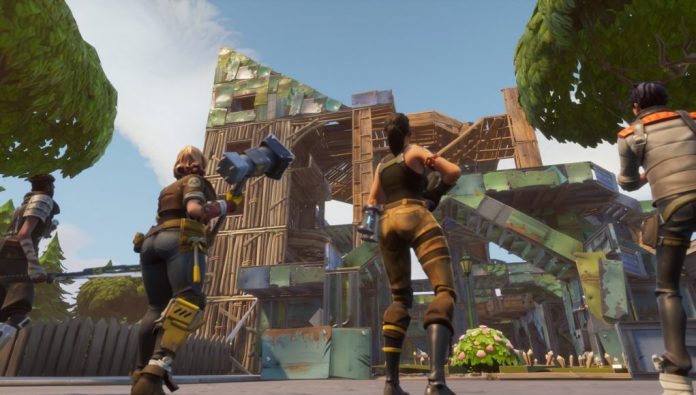 Epic Games has decided to revert part of its Fortnite turbo building settings after changing them to try to make the game more even. The changes come after streamers and pro players had lots of criticism for the update.

The change has been done just one day after the update, which shocked many of the players, especially those that are highly skilled when it comes to building.

The controversial update brought up a time delay between the creation of items from 0.05 seconds to 0.15 seconds. The change didn’t seem like much but those that are constantly building structures at crazy speeds weren’t happy since this all requires quickness.

Many popular players, including Ninja and Myth, made it known that the changes were not the way to go. The criticism from the streamers and pro players apparently worked as Epic Games quickly brought the settings back.

In the last few months, Epic has made changes to the game but this was one of the biggest and most controversial. Turbo building has been around for quite some time and many players are now used to how it all works.

Epic Games explained after the change that it was all done to level the differences created by the ping times. The delay has been returned to the number that was set before but Epic Games has kept a few things. There is still a 0.15 second delay when it comes to replacing a destroyed structure. Structures are now chosen randomly if two players place it at the same time.

Epic Games most recent change is not the only thing that has been heavily criticized in recent weeks. The battle royale game launched Season 10 at the start of the month but it was heavily criticized over the addition of the mechs. The giant robots are spawned randomly across the map.

The addition brought tons of criticism since the robots are very difficult to eliminate. Several changes have been made to the robots since but many players feel like they shouldn’t be in the game at all.

A few seasons back, the gaming giant also angered part of the community when it removed a setting that had become quite popular. The setting, which was available for just a few weeks, awarded the players with health and shield after an elimination.

The setting is now part of other game modes but it never returned to the regular game modes such as squads, solos and duos, despite the requests from many streamers. Additions such as the plane and ballers have also brought criticism from the community. The two methods of transportation have been removed from the game. Both received major changes shortly after they were introduced, especially planes, which were gone from the game at the start of Season 8.

Season 10 of Fortnite is currently underway and while it brings lots of changes, including the new challenge system, nothing has been as controversial as the recent turbo building changes.

What do you think about the changes? What would you like to see Epic change in the future? Let us know in the comments.