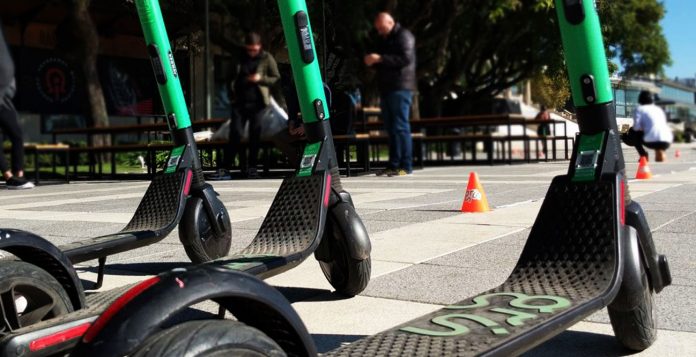 E-scooter company Grin has returned to Mexico City, just weeks after suspending operations over theft. The news of the return first surfaced on Twitter, where it was revealed that the service had returned to the city of Polanco, which is located in Mexico City.

Grin Mexico as well as its manager in the country confirmed the return on Twitter. The manager said that starting today (August 21), you will start seeing Grin in the streets. He added that they will start in that city with some scooters, and depending on what they see this week, they will be growing the number and areas where the service will be available.

Just a few weeks back, the company shocked users when it announced that it was suspending operations in Mexico City. What was even more surprising was that the announcement came shortly after the company paid for a license to operate in the city. According to reports, Grin was the only one that paid for the license.

Contxto reports that the company also had another issue before the suspension of operations. According to the website, the company had issues with transportation authorities in the capital. The e-scooter company reportedly joined a pilot program along with other companies. The website says the companies received temporary operating permits but then authorities and Grin began having issues after they claimed the company did not provide the documentation in time.

The issues were said to have started over the lack of vehicle insurance and customer service support. The site adds that Grin accused transport authorities of removing its permit before the deadline to submit documentation.

Grin suspended its service on July 30, announcing that theft was the biggest challenge for the company. The company’s statement did confirm they would return soon but users didn’t expect the service to be back less than a month later.

At the time, the company said it would be making adjustments and coming up with ways to work with authorities to prevent thefts. Days later, news sites began reporting just how bad the theft of scooters was in the city.

Earlier this month, news site Xataka posted a report on the scooters that were popping up for sale online. The scooters, which belong to companies such as Grin, appeared on social networks, including Facebook, where they were being sold for between 3,000 to 3,500 pesos.

Mexico News Daily recently reported that about 350 scooters belonging to Grin had been stolen since the service debuted in the capital. Xataka took the report further by contacting some of the people that were selling the scooters online. One of the people that spoke to the news site reportedly had at least six of them. Another told the news site that the scooters come with a guarantee and work with no issues.

The reports seem to have caught the attention of the company, which quickly made a warning to those who were interested in buying one. The company’s communications director spoke with El Financiero and said that the scooters would not work for long, mentioning they need an specific charger.

Grin is one of the few new ways of transportation that have struggled in the country. Bike sharing giant Mobike has had a similar problem, leaving the service with less bikes to offer in the city. In Grin’s case, thefts are said to be responsible for the loss of 20 percent of its stock.