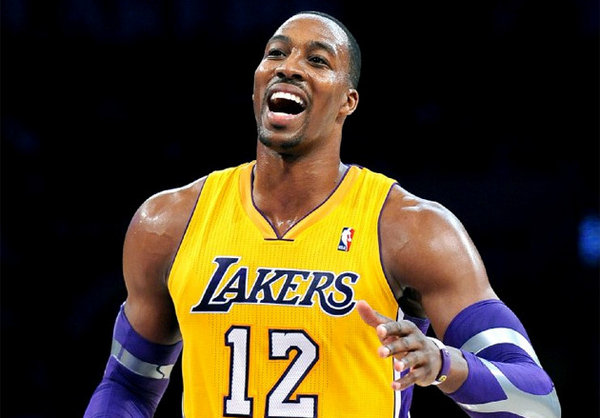 The Los Angeles Lakers have been busy signing and making big moves for players such as Anthony Davis. But the team is now forced to look for a replacement after losing DeMarcus Cousins.

There are rumors going around that the team might even try to bring back Dwight Howard. The center spent one season with the Lakers back in the 2012-13 season. Last year, he joined the Wizards but earlier this year, the team decided to trade him.

The center is expected to have his contract bought out by the Memphis Grizzlies. According to reports, the Lakers are interested in Howard as a replacement for Cousins, who suffered a torn ACL during a workout in Las Vegas a few days ago.

The injury means there is a high chance that he will miss the regular season. Cousins put up All-Star numbers during his time with the Kings but the last two years have seen him miss a lot of playing time due to serious knee injuries.

Cousins was traded from the Kings to the Pelicans but decided join the Warriors the following season. The center shocked the NBA world when he decided to join the team, which already had numerous All-Stars, including Durant, Curry, Green and Thompson.

Cousins made another shocking move earlier this year when he joined the LA Lakers. The team brought him in shortly after making a big move for Anthony Davis, who played with Cousins when they were with the New Orleans Pelicans.

His time with the Warriors was short as he returned during the second half of the regular season. The Warriors reached the NBA Finals but were slowed down by injuries.

Cousins has averaged 21.2 points per game in his nine seasons in the NBA. He joined the Lakers on a $3.5 million deal. The center did not receive a long term deal from his recent teams and many expected him to have a comeback year.

Howard averaged 17.2 points per game and 12.4 rebounds during his one season with the LA Lakers. The team finished eight games above .500 but they ran into the San Antonio Spurs in the first round and were swept.

The injury leaves the Lakers without one of their biggest signings of the year. The LA team missed the playoffs last season but they are favorites to win the NBA Championship after trading for Davis and signing Green and other players. Reports say the team is also interested in signing Joakim Noah.

The Lakers remain loaded when it comes to stars since they have LeBron James and Anthony Davis but the LA Clippers have also made big moves. The Clippers are also one of the favorites after signing Leonard and trading for George.

The Western Conference will likely have one of the most interesting regular seasons in recent years since many other teams are also looking really good. The Rockets have traded for Westbrook, bringing back a duo that was really good in OKC. The Jazz have traded for Conley, who is considered by many as one of the most underrated players in the NBA. The Warriors lost Durant in free agency but they made a big move for Russell, who was traded following the signing of Irving by the Nets.

Even the New Orleans Pelicans, who traded Anthony Davis, are a team to watch in the Western Conference. Not only did they receive a number of players for Davis but they also got the number one pick in the draft which they used to draft Zion Williamson.