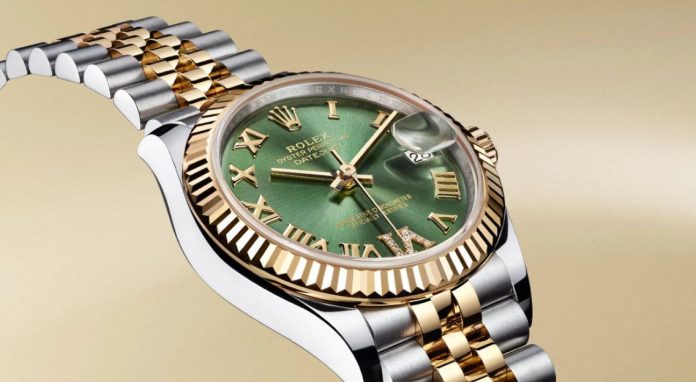 There are several famous watches that still remain lost to this day, including Buzz Aldrin’s Omega Speedmaster, John Lennon’s Patek Philippe, and even Miles Davis’ Breitling Navitimer. Though we may never see these watches again, there is one watch that is back in the light. A Rolex GMT-Master that Marlon Brando wore during the filming of Apocalypse Now, was assumed to be lost forever but has resurfaced after not being seen for close to 16 years.

In 1995, esteemed actor Brando reportedly gave the watch to his adopted daughter, Petra Brando Fischer, as a graduation present. However, in 2003, it was said that Petra then gave the watch to her new husband, Russel Fischer, as a wedding present. Not really having a clue to its significance, Russel simply placed the watch in a drawer in their family home and kept it there for safekeeping all those years. It was only until the Fischers heard about the sale of Paul Newman’s Rolex Daytona watch for $17.8 million at auction, did they realize just how valuable Mr. Brando’s watch could be. The watch will go up for auction in December this year, with some of the proceeds expected to go to charity.

Marlon Brando’s Rolex GMT-Master is quite easy to spot: it was made in 1972, features a laser engraving of “M. Brando” on the back (which he did himself), and is missing a bezel. The reason the watch doesn’t have a bezel is because the Rolex was apparently deemed too fancy for his character in Apocalypse Now (Colonel Walter E. Kurtz), so Mr. Brando removed it to appease the film’s producers and said that the watch now looked rougher and more worn. He also said at the time: “If they’re looking at my watch, then I’m not doing my job as an actor.”

How much will the watch sell for at auction?

While it’s hard to tell exactly how much the watch will sell for, the Rolex GMT-Master would likely reach $20,000 even without the association to Marlon Brando, but a starting bid of at least six figures is expected. However, if Paul Newman’s $17.8 million Rolex Daytona watch is anything to go by, then it could be millions as well. It’s worth noting that if you think you have any particularly valuable watch sitting in a drawer, then get it valued ASAP and either sell it at auction or put it online through a dedicated watch ecommerce site. Luxury watches, especially Rolexes, are highly sought after and it’s fair to say that the vintage options are usually the most expensive.

Perhaps the funniest thing about the entire story surrounding the Marlon Brando watch is that a blog published a story several years ago about all the famous watches that are still missing. Guess they’ll need to update this article now!