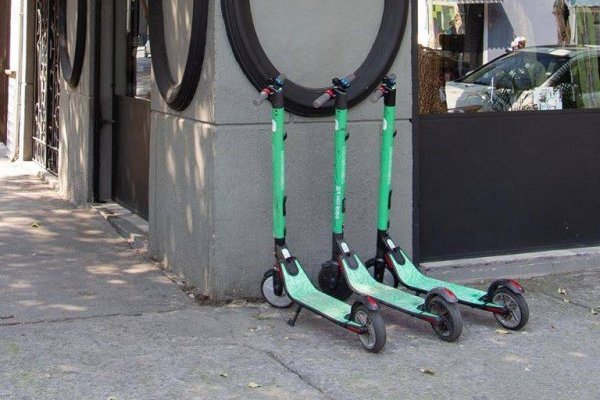 Electric scooters that belong to companies such as Grin and Lime are now popping up online. According to a report from Xataka, the scooters are appearing on social networks such as Facebook, where they are being sold for between 3,000 and 3,500 pesos.

Mexico News Daily reports that one rental scooter company is warning that buying the scooters is a waste of money. According to the company, the scooters won’t work very long.

Theft is a major problem for rental scooter companies operating in the country. In Mexico City, where these companies are now pretty much gone after many decided to skip on paying for a license to operate, Grin has been forced to suspend operations. The company was one of the few that decided to pay to keep operating but it later made a shocking announcement in which it revealed that operations would be suspended there.

The decision came over the thefts that have been leaving the company without some of its scooters. A statement released by the company said it would be taking its time to come up with ways to work with authorities.

Mexico News Daily reports that about 350 of Grin’s scooters have been stolen since the company arrived to Mexico City. The news site reports that Xataka said it contacted three people who were selling scooters that belong to Grin. The tech page contacted the people through Facebook, where the scooters are being offered and the people interested are being told they will keep working.

One of the people contacted by them is said to have at least six scooters. The tech page was told different things when it contacted the people. One vendor told the page that the scooters he is selling come with a guarantee and work without any problems.

The page was told by another vendor that the scooters are from Lime and Grin. That vendor told them that their GPS had been unblocked and would continue being that way.

Thefts have cost Grin and others a lot of money since some scooters have not been recovered. For Grin, the loss when it comes to thefts is said to be around 20 percent of its stock.

The scooters are appearing on social networks but Grin is warning that those who buy them won’t get to use them for long. The company’s communications director told El Financiero newspaper that buying a scooter is a waste of money.

Beriana Mendoza explained that you won’t get a guarantee that it will work. That is because she says an specific charger is needed. The charger is not just any type of charger, she says it is not easily found. She finished by saying that there is no guarantee that the scooter will keep working after more than three or four rides.

Grin has not completely left the city and has announced that it will work with authorities to prevent theft. But its operations are suspended as the company tries to reduce thefts. The announcement was made after it paid for a license to continue operating there.

New methods of transportation have struggled for years, especially bike and scooter companies. Giants such as Mobike have arrived to Mexico City but the thefts have slowed down expansions and plans. Some continue to operate in the country but reports have recently highlighted just how much stock companies are losing. Grin appears to be one of the most affected as it stock is said to be 20 percent less because of theft.