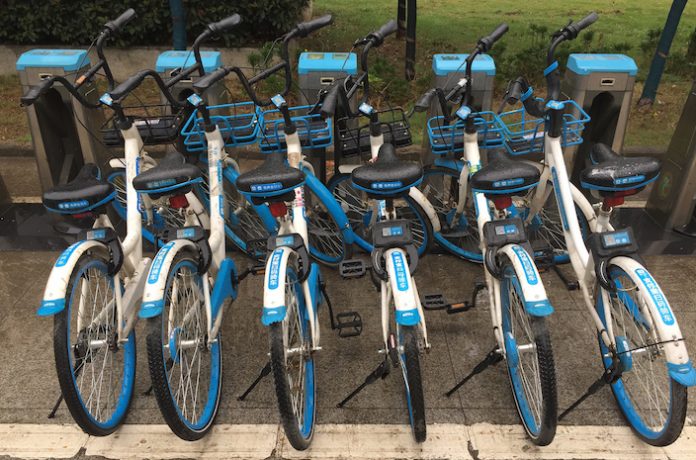 Bike sharing services are competing across the world to gain more popularity. But one employee of a bike sharing giant started taking out the competition in a much different way.

KrAsia reports that a Mobike employee was caught stealing bicycles from competitor Hellobike. The rival company has managed to gain ground in the bike sharing industry, despite the strong competition from Mobike and others.

Hellobike noticed there was something going on with its bikes since its trackers were found in dumpsters. The discovery of the trackers happened in a district where the company does not operate.

Hellobike contacted authorities and made a report on the bicycles that were missing. Authorities in the district began investigating and found that a Mobike employee was behind the thefts.

Authorities made a search on the home of the van driver and found that there were several bicycles in there. They continued their search and found more bikes at a neighbor’s house and a nearby construction site.

The bicycles were given out to friends and family members of the two. Authorities arrested the two and reports say the employee admitted to stealing the bikes with the van driver.

It is unclear what happened with the employee and the van driver since local media reports that the ride sharing company and its parent company have not made any comments. Hellobike has not commented on the bikes or what it plans to do with them.

Hellobike and Mobike are among the several bike sharing companies competing in the country. Hellobike has managed to remain strong despite the competition of giants such as Mobike, which offers its service in China, Latin America and other parts of the world.

The news of the thefts have caught the attention of local media since it usually happens from people who find the bikes on the streets or decide not to return them. Thefts are a major problem for bike sharing companies such as Mobike, which has had big losses in some cities.

Bike sharing companies around the world haven’t been able to reduce thefts in some places. The losses have been so bad for some companies that they have decided to shut down their service completely or leave the city. One of the most affected was Gobee.bike which shut down its service in France and later decided to end its operations completely. The shut down happened over financial difficulties.

The majority of the bike sharing companies have equipped their bicycles with trackers. But this hasn’t stopped people from taking them or dumping them in difficult to access places. This has been a huge problem for Mobike, which has left a few cities in recent years.