The 2019/20 Premier League is just a few days away from kick off. Manchester City, Liverpool, Manchester United, Chelsea and many other teams will begin a 38 match journey to see who ends as the champion. The title race has been very close in recent years and fans expect another good one for the 2019/20 campaign. Here is everything you need to 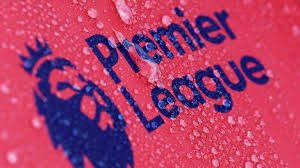 Liverpool and Norwich City kick off the EPL on Friday. The Champions League winners had a strong EPL campaign last season but they finished in second with 97 points. Norwich City are back in the EPL after being relegated in 2016. Liverpool are coming off a Community Shield loss.

The EPL winners will be opening the season against West Ham. The two clubs were separated by 46 points last season and a whopping 58 the year before. City comes in as the heavy favorite but the EPL is always full of surprises. The 2018/19 EPL Champions opened the season with a Community Shield win against Liverpool.

Crystal Palace ended with three wins in the last five games while Everton lost only one during that stretch. The big news involving this match is the signing of Moise Kean, who is coming from Italy after a nice season with Juventus. He is Everton’s fifth signing.

Burnley and Southampton were six and five points away from the relegation zone last season. Not a very good campaign for them but everything is starting over so things could change.

Watford had a solid improvement from the previous season by finishing a few spots above. The story was a bit different for Brighton, which barely got out of the relegation zone. Both teams ended with several losses in the last five games but this is a brand new campaign and everyone is looking to start with three points.

Sheffield United are back in the EPL after a 12 year absence. They will open their campaign against Bournemouth, which has finished in 14 and 12 place in the last two seasons.

Tottenham didn’t have the greatest EPL campaign last season but the club is coming off a Champions League final appearance. Aston Villa returns to the EPL after being relegated in 2016.

Newcastle and Arsenal will be looking to have a much better season in this campaign. Arsenal managed to earn a spot into the Europa League while Newcastle finished in 13th place last season.

Manchester United vs. Chelsea is one of the best matches of Matchday 1. The two teams have won multiple EPL trophies and they will be looking for a great start to this campaign.

What do you think about Matchday 1? Will there be any surprises? Let us know in the comments.