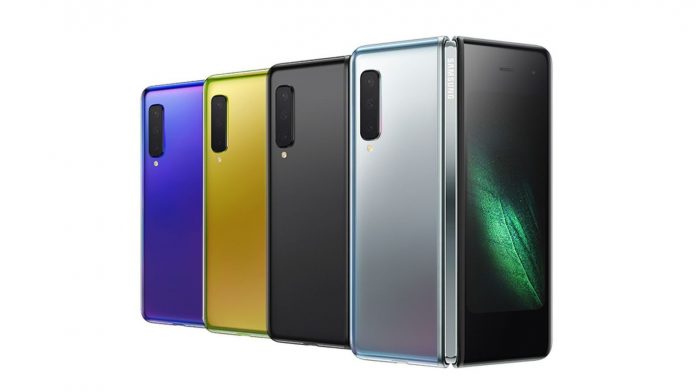 The Galaxy Fold is getting closer and closer to its release and while there is now exact date just yet, other than the information that it is coming some time in September, the company has opened pre-registrations in China.

The Galaxy Fold was scheduled to launch back in April but those plans didn’t go well since the foldable device was delayed. According to GizmoChina, the smartphone giant has opened pre-registrations but only in China.

The page is live, which means that those in the country can visit and confirm their interest for the phone. For now, it is only China that has a page for the foldable device, which was announced earlier this year.

PhoneArena believes the process in the US may be a bit different than in China. The tech site thinks the company could skip on the registrations and open pre-orders right away.

September is just a few days away so we will likely learn more about its release in other markets very soon. Recent reports have pointed out that the release of the phone could be limited after the delay.

Back in July, there was a report that mentioned a release for the phone but in big markets. According to the report, which based its information from firmware files from the units, the phone will only be released in a few markets. The report mentioned South Korea, the US, the UK, France, Germany and India as markets that would first have the foldable phone.

China wasn’t mentioned in the report so we don’t know if it is 100 percent accurate but the registrations appear to confirm that the country will be among the first. The information from the recent report also mentioned that the company was working on localized versions for other markets but they stopped receiving updates, suggesting that the company paused those plans and began focusing on the six markets mentioned above.

The Galaxy Fold was set to make its big debut in late April but that came to an end when early reviewers found some issues with the device. The issues were serious enough for the company to delay the release date.

The lack of release date from the company forced them to cancel pre-orders. Best Buy and AT&T followed that by announcing their own cancellations of pre-orders.

The Galaxy Fold is Samsung’s first foldable phone. It starts at a whopping $1,980, making it nearly $1,000 pricier than the recent Galaxy Note releases. Samsung has made several improvements during the delay.

If released next month, the phone will become the second foldable device to hit the market. Huawei’s Mate X foldable phone was rumored to be hitting the market shortly after the delay of the Galaxy Fold but the company also announced a delay.

The Galaxy Fold is not out yet but reports from LetsGoDigital have revealed interesting information on patents from the company. The patents reported on by the tech site show foldable devices with different types of designs, including one with a Z-fold design and another with a rollable screen.