How To Save Money On Swiffer Wet Jet Pads 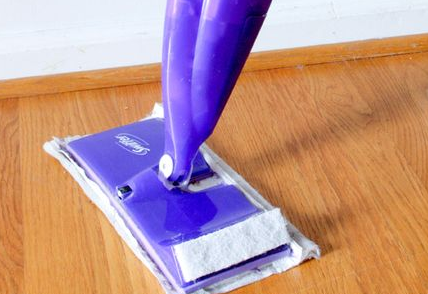 Mopping is not exactly exhilarating but someone’s got to do it. After all, the floor will not clean itself! Over time, dust, dirt, mud will find its way into your house. Before you know it, there will be a thick layer of gunk on your hardwood! As you can imagine, that’s not exactly the most hygienic. For one thing, the dust can cause coughing or sneezing. In some cases, it can even trigger asthma! Why compromise your head when you can do something about it, right?

Not just that, but dirty floors can affect the integrity of your home as well. For instance, dirt and other small debris can lead to scratches. Similarly, grease and oil can damage the floors. Ultimately, that’s why you want to clean them regularly—because let’s face it, it’ll cost you a lot more to fix the floors than to mop them!

Mops are not all the same. As a matter of fact, there’s a huge variety! For instance, there are yarn mops, sponge mops, microfiber mops, and spin mops. In fact, there are even robots that you can get that will mop for you! Isn’t that nice? Sure, they all have different designs, they are meant to do the same thing—clean the floor. 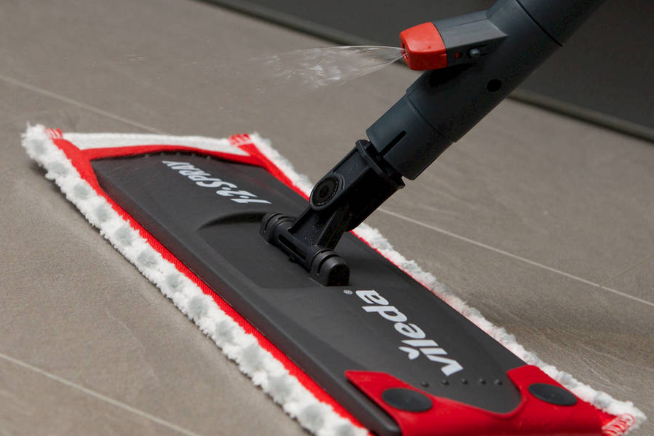 On this page, we’ll be talking about the Swiffer Wet Jet. For those who don’t know, it’s a type of spray mop—that is, it comes with a trigger that allows you to apply cleaner directly onto the floor for a more thorough cleaning. If anything, it’s one of the most popular cleaning tools out there on the market!

More About the Swiffer Wet Jet

The Swiffer Wet Jet is highly versatile in that it can be used on almost any floor—from laminate to hardwood. Equipped with a dual-nozzle sprayer, you’ll be able to release the perfect amount of cleaning solution each time. What’s more, is that the cleaning solution is designed to lift gunk from the floor. In other words, you’ll be able to remove messes both quickly and easily. With just a simple swipe, the grime will be locked away for good on the pad!

Downsides of the Swiffer Wet Jet

The Swiffer Wet Jet does a good job of cleaning the floors. However, it does have a few shortcomings. For one thing, there’s great controversy regarding its disposable pads. Surely, you’ve heard of that before? If anything, it’s something that the company is infamous for. 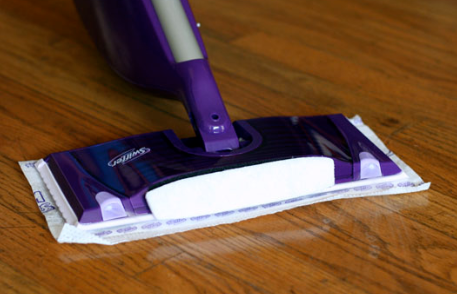 Their Disposable Mop Pads Are Bad For the Environment

Sure, their disposable pads might be effective at picking up grime, but they’re not exactly the most environmentally friendly. After all, each of them is only meant to be used a certain amount of times before they go in the trash. As much as you want to, you can’t reuse them; once they’re used, they’re used. While it depends on the area that you’re mopping, chances are, you’ll have to use a fair amount of sheets per cleaning session. Do you see the problem yet? Yup, they contribute to the landfill!

To make matters worse, there’s also a chance that toxic chemicals from cleaners (leftovers on the pads) can leech into the soil and contaminate the waterways. As you can imagine, that can easily harm wildlife.

To give you a better idea, more than 80,000 tons of disposable wipes end up in the landfill every year—and you know what? A majority of them are from Swiffer products. Given that, it’s not surprising to know that the brand has irked many earth-minded consumers.

Disposable Mop Pads Are Costly in the Long Run 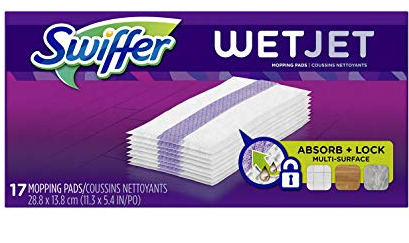 Another issue is cost. Put it simply, refills can be quite expensive in the long run. How much are they? A box of 24 goes for $12, which works out to be around 50 cents per sheet. Now, that might not seem like a lot but it actually is—after all, one pad won’t last you long at all! Chances are, you’ll need to use several for your mopping session. If you do the math, that would mean that you’ll have to spend a few dollars each time!

Assuming that you use your Wet Jet on a regular basis, you can easily spend hundreds of dollars on pads alone in a single year!

The Cleaning Solution is Costly As Well

Aside from the disposable pads, you’ll also have to get refills of their cleaning solution. As it is, you’re not able to use your own—the way it’s designed, you can only fit their bottle into the mop for the spray function. While they aren’t expensive per se (you can get a pack of two for around ~$10), the costs can easily add up over time—just like the pads!

How to Save Money While Using Your Swiffer Wet Jet

Want to use your Swiffer Wet Jet but don’t want to fork over the money for refills? Don’t worry, you don’t have to! As it turns out, there are several ways to save money while using the mop. You just have to be smart about what you do with it!

Need some ideas? We’ve got some money-saving tips for you below!

Remember what we said earlier? How you can only use the Wet Jet with their cleaner? Well, there’s actually a hack for that. You see, the reason why you’re forced to buy their refills is that you can’t refill the bottle (there’s a cap that prevents you from doing that)—at least that’s what they want you to think. 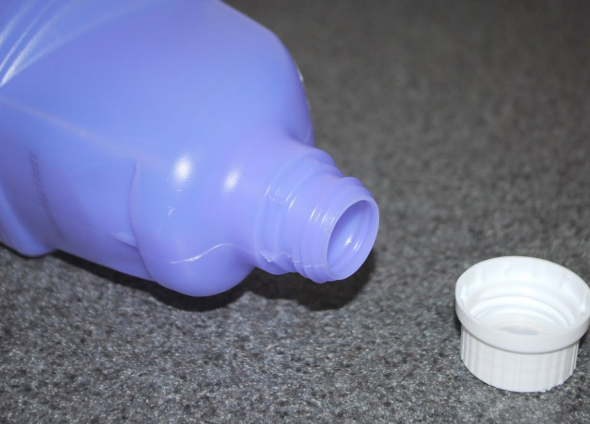 As it turns out, however, you can remove it! There are just a few things that you have to do. First off, you’ll want to boil some water on the stove in a small pot. Once that’s done, put the bottle in—you want to submerge the cap in the boiling water. Keep it in there for at least a minute; the heat will help to loosen it up. From there, remove the bottle from the water and twist the cap off. With a little bit of luck, it’ll come right off!

With the cap off, you can refill the cartridge with whatever you want. You won’t have to keep buying their bottles! Simply pour your cleaner in, replace the cap, and put it on the Wet Jet. With that, you’re ready to go!

Don’t want to have to boil the cap every time? You’ll be happy to know that you can customize it so that it’ll come off the bottle easily. All you need is a pair of nail clippers. Ultimately, what you want to do is to remove the prongs inside the cap—they’re the things that keep it from coming off the bottle! You can pretty much use anything that’s sharp including a razor blade or exactoknife.

Another way to go about doing it is to drill a hole on the top of the bottle (when it’s on the mop). To do that, you’ll first have to find a plug or cork that you can use as a stopper. Once you’ve got that, use your drill bit to create a hole—it’s easiest if you do that while the bottle is on the Wet Jet (it won’t be moving around). Chances are, some plastic bits will fall in so you’ll want to shake it off before refilling the bottle with cleaner.

With that done, you’re ready to add your cleaner! For the best results, we suggest using a funnel—that way, you won’t have to worry about spilling any of it on the floor. For your convenience, consider marking down the exact amount that you have to add in order to fill it up to the max. When you’re finished, simply plug the hole with your stopper and you’re ready to mop!

2. Replace the Disposable WetJet Pads with Reusable Ones

Another thing that you can do is to switch to reusable mop pads. Instead of having to throw them out constantly, you’ll be able to reuse them again and again. All you have to do is give them a good wash once you’re done cleaning. For instance, you can hand wash them in the sink or toss them in the washing machine. While it depends on the individual pad, most can be washed and reused up to 100 times! As you can imagine, that can save you a lot of money! For those who’re interested in numbers, 100 disposable pads would cost you ~$50! 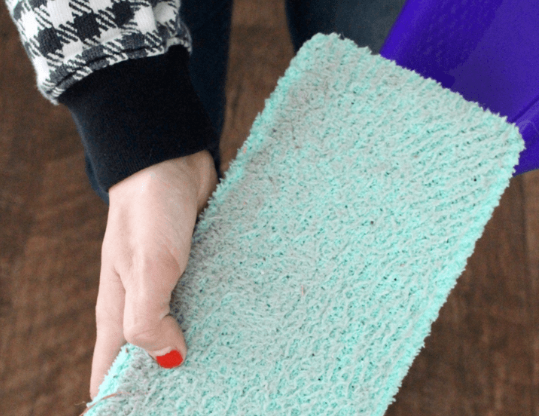 Where can you get these pads for the Wet Jet? Amazon. As it turns out, there’s quite a few that you can choose from (Swiffer does not make reusable pads). Sure, they’re made by third-party companies but they’re just if not more effective than the official ones! You just have to double-check that the pads are compatible with the Wet Jet (some can be used with more than one model of mop).

Personally, I recommend the Turbo Microfiber Wet Jet Mop Pads you can find on Amazon. I’m not the only one that’s recommended these either, you can read a pretty good breakdown on the perks of the pads over at Hip2Save. Not only are they thick, but they come with 10,000 fiber loops that allow it to grip onto dust and grime. In other words, you’ll be able to remove most if not all of the grime from your floors! When you’re done with it, you can just put it in the washing machine. The way they’re designed, they hold up incredibly well even with repeated washes! As a matter of fact, you can easily wash them up to 100 times!

Method 2: Make Your Own Reusable Pads

Don’t want to spend money on mop pads? No problem. You can just make your own! It’s quite easy, actually. Essentially, you just need one thing—a clean rag or cloth. Place it under the mop head and cut it to size (you can also use a disposable mop pad for reference). From there, all you have to do is attach it. To do that, pinch the cloth up around the top of the head, fold it over, and clip it in place with binder clips.

Another way is to use socks. Yup, believe it or not, but you can actually make your own reusable mop pads out of socks (the thick, fluffy kind). You just have to slip it over the mop head—it’ll take just a few seconds! When you’re done cleaning, you can slip it off and put it in the wash, just like the other reusable pads!