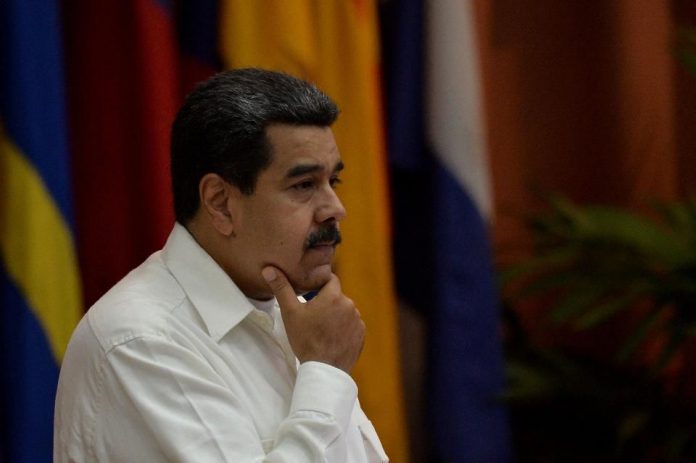 Nicolas Maduro has revealed that Venezuelan officials have been talking to US officials. His confirmation comes after reports that one of the biggest PSUV officials was negotiating with the US.

Maduro’s confirmation comes after two reports mentioned that Diosdado Cabello, a member of the PSUV party who has held various positions in the government, was communicating with Trump officials.

Just a few days ago, a report from Axios claimed that Cabello had been communicating with Trump’s top Latin American adviser, Mauricio Claver Carone. The Associated Press claimed that the PSUV official had met someone with contacts to the Trump administration. The meeting reportedly happened in the capital Caracas. It is also mentioned that there were plans for a second meeting.

The reports come at a time in which Maduro is fighting to stay in power. He claims he is the legitimate president of Venezuela after winning last year’s presidential election, which was held without some of the most popular opposition candidates. The results have also left doubts on the electoral system and its council.

Juan Guaido, who stepped in as interim president in late January, is now being recognized by many countries, including the US. In recent months, Guaido has visited many parts of the world to receive the support of governments.

Maduro has the support of a few countries but some of the military has turned its back on him. Earlier this year, hundreds of soldiers decided to flee to Colombia and other countries. The soldiers began leaving as Guaido was looking to bring in humanitarian aid to the country.

The reports and confirmation by Maduro are seen as a positive sign by some experts. Geoff Ramsey says this all suggests that there is an understanding at the top level that this is unsustainable. He believes they are looking for some type of guarantee from the US that they are not going to end up in a jail cell in Miami.

In the last two years, the US has imposed several sanctions against Maduro and other officials. The sanctions include asset freezes as well as the removal of visas from family members and those involved with the government.

Maduro has repeatedly blamed the country’s problems on the sanctions imposed by the US. Venezuela, which was one of the wealthiest countries in Latin America in the early 2000s, has seen more than four million flee to other countries, including Colombia, Peru and the US. Latin American countries have struggled with the amount of people fleeing, which is said to be in the thousands every day.

The situation in the country has led to a humanitarian crisis, which Maduro and other officials have repeatedly denied. Estimates say the number of people fleeing could be even higher in the next few years.